Spending limits take the buzz out of poll campaigns

Spending limits take the buzz out of poll campaigns

New Delhi/Punjab/Uttarakhand/Uttar Pradesh/Manipur: Canvassing for assembly elections in Uttar Pradesh, Punjab and three other states have turned out to be a lacklustre affair because of the strict enforcement of spending limits for candidates by the Election Commission of India (EC). 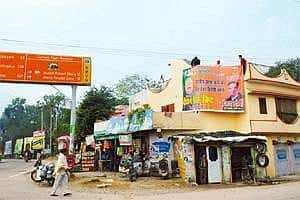 “What can I do? The EC doesn’t know the ground reality. How can I fight elections with a ₹ 16 lakh per candidate limit?" rues a Nationalist Congress Party (NCP) candidate from Manipur. “They are even counting the number of chairs at my meetings. In such a situation, what buzz do you want these elections to generate?" The leader declined to be named.

The commission has capped the expenditure of every candidate to ₹ 16 lakh. It, however, does not limit the expenses of a political party incurred for general propaganda. The exception for political parties, however, brings little relief to the candidates as the Supreme Court in a judgement has laid down the principle that if the candidate is directly benefiting out of a political party’s campaign expenditure, even if it is part of general propaganda, that shall be counted on his individual expense.

“The EC has not brought any new rule. It, however, is strictly enforcing the existing norms," said Akshay Raut, the EC’s director general. “On the contrary, the EC has liberalized the norms for publicity material for campaigning."

In Uttar Pradesh, things were no different from other poll-bound states, with very few publicity posters visible.

“Because of EC restrictions on visible campaign expenditure, we have to do door-to-door campaigning," said Somnath Yadav, a Samajwadi Party candidate from Chittapur.

The electoral season kicked off with elections to 60 assembly seats in Manipur on Saturday. Following that, elections will be held for 117 constituencies in Punjab and 70 in Uttarakhand on 30 January, and for 40 constituencies in Goa on 3 March. Uttar Pradesh, India’s most populous state with 200 million people, will see a seven-phase election that will begin on 8 February and end on 3 March. The results will be announced on 6 March.

“We have tried to strictly enforce the code of conduct. Let’s see how successful we are as compared to the earlier elections," said a top EC official, requesting anonymity.

P.C. Lawmkunga, additional chief secretary and chief electoral officer for Manipur, said, “We are taking every step to ensure free and fair elections. We are keeping a close watch on all entry points so that illicit money does not enter the state and influence the electoral process."

Similarly, for all practical purposes, elections in Punjab have been washed off the colour this time. In the Faridkot and Moga districts of the state, there are no posters or buntings, seen in abundance during earlier polls.

“This is a very good step on part of the Election Commission," said Avtar Singh Brar, a Congress party candidate in the district. “Earlier, the high cost of campaigning was a burden on everyone. Happily, elections are much more reasonable this time," the 74-year old candidate said.

The story is no different in Uttarakhand. Vijay Bahuguna, a Congress leader and Lok Sabha member, said, “The restriction on campaign material, posters, etc., does not convey the feel of an election."

“It has been brought to the notice of the commission by some political parties that normal election publicity materials consisting of cardboard, badges, paper caps, mobile stickers and sticker are being seized for violation," the EC clarification issued on 20 January said.

The clarification mentions that cardboard badges, paper caps, mobile stickers, sticker badges, flags banner, cutouts, caps, mask and scarves are normal publicity material and do not violate EC norms and should not to be seized.

“Perhaps the field officials and political parties were confused about the norms. Hence, we issued this clarification," Raut said.

Liz Mathew and Siddharth Singh contributed to this story.