All eyes are on Karnataka as it heads to the polls on Saturday in an election that could define the fortunes of the Congress and the Bharatiya Janata Party (BJP) ahead of Lok Sabha elections in 2019.

So fierce was the campaign in the run-up to the polls that the state turned into a battleground which saw money, might and manipulation used in full force to win a favourable verdict in the 224 assembly seats in the state.

Mint’s Jayachandran, with his political cartoon, tells the story of a power game that was the Karnataka election campaign and how it became a national obsession. 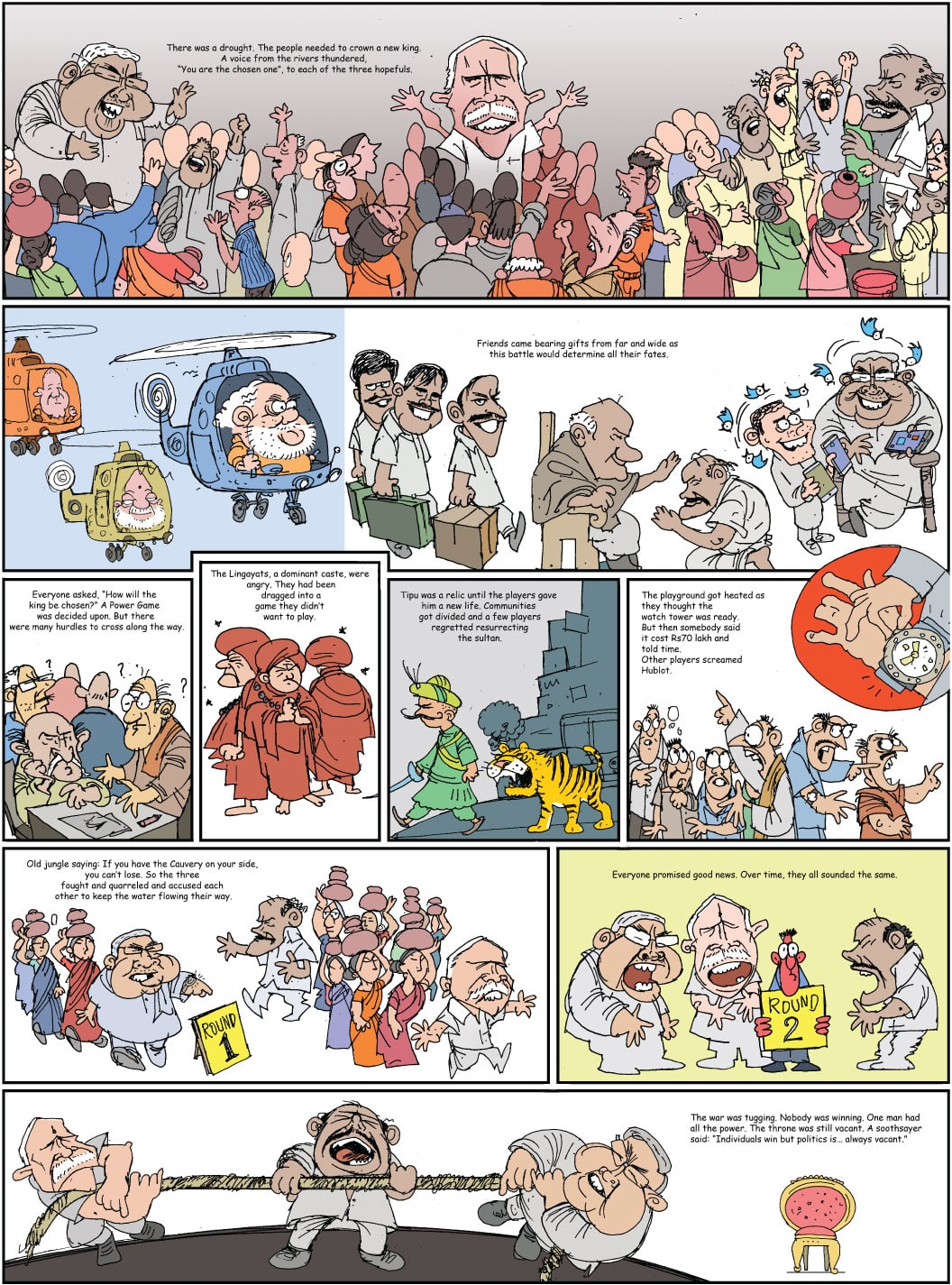