Thanks for Visiting Mint
You seem to have an Ad Blocker on. Please turn it off in order to continue, or whitelist Mint
HOW TO TURN OFF AD BLOCKER
OR
REFRESH IF YOU ALREADY TURNED OFF THE AD BLOCKER
Home >Politics >News >Karnataka to seek more foreign investment

Bangalore: The Karnataka government will seek more foreign investments in infrastructure and energy projects at the Global Investors Meet (GIM) on 7-8 June, as well as in the state’s mainstay, information technology (IT). 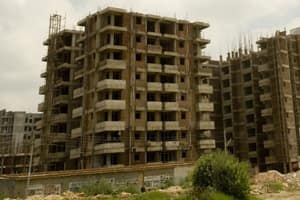 This time, government officials expect moderate activity in iron and steel and are priming other sectors for investments. Urban infrastructure and energy are tipped to be the most important sectors this year, said Karnataka’s commissioner for industrial development M. Maheshwar Rao.

The government will also look to continue the state’s dominance in IT, with an investment region dedicated to the industry likely to come up to the north of Bangalore in over 10,000 acres acting as an important draw for investors, Rao said.

Global investor meets are opportunities to burnish the developmental credentials of state governments, but a clearer picture of the effectiveness of such events emerges from an assessment of the progress of the signed projects.

According to data from Karnataka’s commerce and industries department, 77 projects have been completed out of the 392 memoranda of understanding (MoUs) that were signed at the 2010 meet. These 77 projects translate to an investment of ₹ 26,426 crore—about 5% of the total value of the MoUs signed.

“Except in the iron and steel sector, we have made progress on the investment proposals from the last meet," chief minister D.V. Sadananda Gowda said in an interview.

While nearly 270 projects were being implemented, in addition to the 77 already completed, the main bottleneck is the usually long-drawn process of acquiring land. South Korean steel maker Posco’s ₹ 30,000 crore project in Karnataka’s Gadag district is stuck because of farmer protests over land acquisition. For Bhushan Steel and Strips Ltd, land acquisition in Bellary district was halted because of the proposed ₹ 27,000 crore plant’s proximity to a sloth bear sanctuary.

For investors committing money at GIM, the state government will make real estate available via its land bank to speed up implementation, Rao said.

Illegal mining in the iron ore-rich district of Bellary, which resulted in the ban on mining in the state and the cancellation of several mining leases, has also dampened the interest of investors in the sector.

The chief minister, though, is optimistic about its prospects. “The Supreme Court and the Central Empowered Committee (an apex court-appointed environmental committee) have come up with some guidelines and have said that nearly 45 mines can resume mining soon," Gowda said.

The state government has also made substantial progress on the steel park in Vijaynagar near Bellary, he said. The master plan for the Vijaynagar Area Development Authority (VADA), to be established in over nearly 30,000 acres, is awaiting finalization, and the authority will be formed immediately after that, said Rao.