IMD has forecast above-normal heat wave conditions over north, west and central India during the summer months of March to May

New Delhi: India is expected to experience a hotter-than-normal summer this year, the India Meteorological Department (IMD) said in its weather outlook for the March-to-May period. 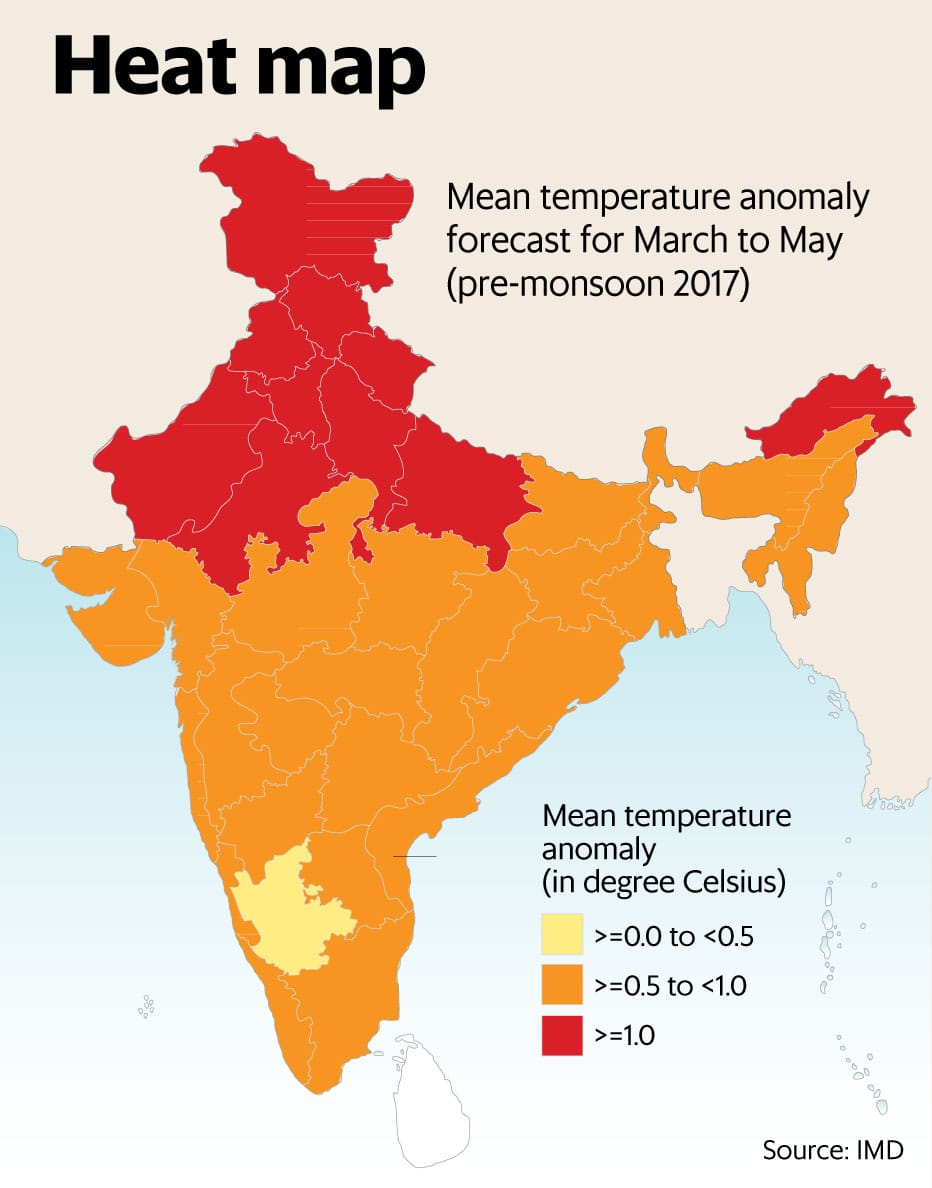 Temperatures in the month of January this year were about 0.67 degree Celsius above normal.

While IMD has predicted a hotter-than-normal summer for the months from March to May, it hasn’t indicated whether the temperatures will be higher than those witnessed during these months a year ago.

However, A.K. Sahai, head of climate research and services at IMD, Pune, said “temperatures during summer this year would be higher than the mean temperatures of the past 25 years".

India faced back-to-back droughts in 2014 and 2015, which was followed by a normal monsoon in 2016. But some areas of the country were declared drought affected in 2016, including parts of Tamil Nadu, Kerala and Karnataka.

Earlier this month, IMD predicted weak El Nino conditions—associated with the warming of the Pacific Ocean which leads to drought in India.

This year, however, the phenomenon will occur at the end of September and, therefore, not impact the south-west monsoon, IMD has said.

These conditions will weaken and become neutral in 2017 pre-monsoon season and are unlikely to influence pre-monsoon temperatures in the country.

In order to create awareness about its latest weather forecasts, IMD will provide extended range forecasts (five–day averaged forecasts for next 15 days) of heat wave conditions.

The forecasts updated after every five days will be made available through IMD’s website.