Paris: The challenge posed by climate change could be resolved by a peaceful switch to a low-carbon economy or, alternatively, inflict stresses that could include war and desertification of swathes of the US and Australia, a think tank said on Monday.

The provocative report is published by a British non-profit, Forum for the Future, which carries out strategic analysis on sustainable development on behalf of business.

It sketches a wide range of social consequences from today’s global warming crisis, derived from published studies and consultations with more than 60 climate change specialists. It is published in collaboration with computer products company Hewlett-Packard Co. 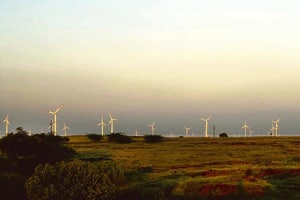 Carbon pollution has become so dangerous that a hefty price is imposed on emissions.

People share cars, washing machines and other products, and transport has become so expensive that international sports events are staged virtually, in cyberspace.

“Nato (North Atlantic Treaty Organization) is ready to go to war if necessary to enforce the 2020 Beijing Climate Change Agreement, and water shortages have already forced the abandonment of central Australia and Oklahoma," Forum for the Future says. “Booming mega cities are only just managing to cope and fuel poverty is a huge problem."

After a decade-long global depression following the 2008 crash, governments keep a tight regulatory hand on the economy and encourage citizens to put greater priority on quality of life than making money.

“Countries compete to score highest in the World Bank’s Wellbeing Index and the EU (European Union) Working Time directive sets a limit of 27.5 hours a week," the report suggests.

“The trend is towards economic resilience and simpler, more sustainable lives, but ‘free-riders’ plunder resources, several big cities have set up as ‘havens of real capitalism’ and some governments are aggressively pro-growth."

Efforts to craft a post-Kyoto Protocol climate pact beyond 2012 break down. The treaty is signed only in 2017, and lost time and worsening climate problems force governments to take extraordinary measures, placing their economies on a war footing to tackle greenhouse gas emissions.

“Civil liberties have been stripped away. You need a licence to have children in some countries, and if you go over your household energy quota, the carbon monitor will turn off your appliances," this scenario suggests. “Climate refugees from Bangladesh and the Pacific Islands make up 18% of New Zealand’s population and are expected to boost Antarctica’s population to 3.5 million by 2040."

A post-Kyoto deal for 2012 collapses amid accusations of cheating and undeclared power stations. Countries launch go-it-alone strategies and fight wars over scarce resources. Mercenaries, fighting for nations and businesses, wage war over oil, gas and gold in the thawing northwest passage in the Arctic.