New Delhi: India’s merchandise exports grew at double digits for the second month in a row in June at 10.22% to $26.5 billion even as trade deficit expanded at a faster pace to $11.76 billion.

Data released by the commerce ministry on Wednesday showed merchandise imports grew 8.33% to $38.2 billion in June. 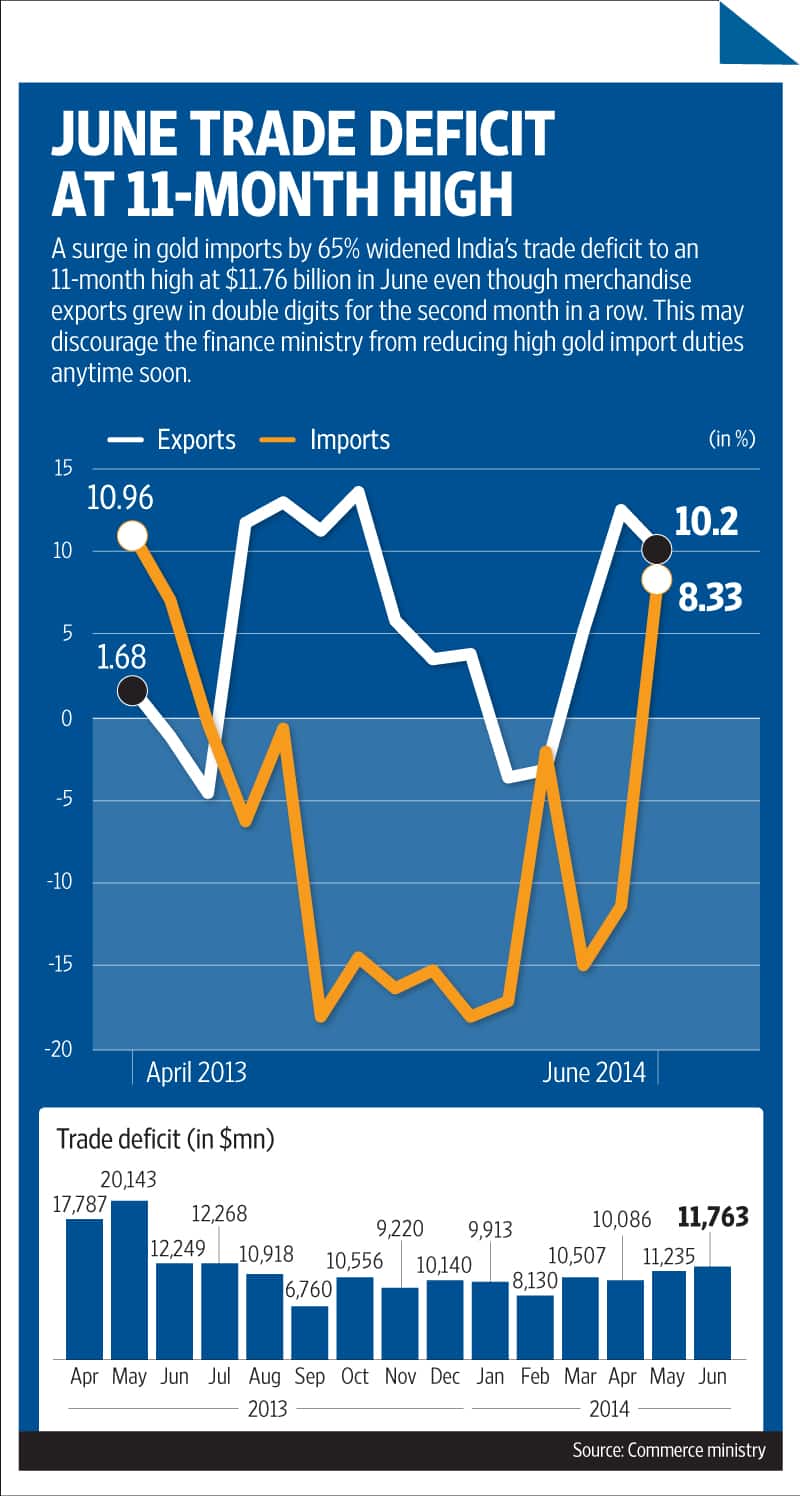 Merchandise exports during the first quarter (April-June) of the current fiscal year grew at 9.3% to $80.1 billion, while imports contracted 6.9% to $113.2 billion, leaving behind a trade deficit of $33.1 billion.

During June, oil imports rose 10.9% to $13.3 billion, while non-oil imports that signal the health of domestic demand rose 7% to $24.9 billion for the second consecutive month. The positive growth in non-oil imports comes at a time when factory output grew at a 19-month high in May at 4.7%.

The commerce ministry for the first time included the services export data for May released earlier by the Reserve Bank of India (RBI). Services exports in May were valued at $13.9 billion, while services imports stood at $8 billion leaving behind a services trade surplus of $5.9 billion.