India in talks for setting up nuclear partnership centre

India in talks for setting up nuclear partnership centre

New Delhi: India said it had made progress towards setting up a Global Centre for Nuclear Energy Partnership in the country, in keeping with a promise made by Prime Minister Manmohan Singh at the first Nuclear Security Summit in Washington two years ago. 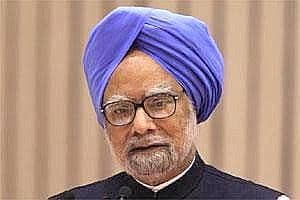 “It is making progress," Mathai told reporters at a briefing ahead of Singh’s visit to the second Nuclear Security Summit in Seoul on 26-27 March. India was among the 47 countries and three international organizations that took part in the first summit in Washington that was born out of a speech made by US President Barack Obama in the Czech capital Prague in 2009. It was aimed at securing fissile material, especially highly enriched uranium and plutonium, from falling into the hands of terrorists and non-state actors and help countries to secure their stockpiles. The summit is intended to take stock of the progress made in the professed national commitments by individual countries since the Washington summit and agree on new steps to ensure nuclear security and safety.

India’s main concern regarding the illegal proliferation of nuclear material was flagged by Singh in his Washington speech. India’s arch-rival Pakistan, which came out of the nuclear closet soon after India tested nuclear weapons in May 1998, is among the countries attending the Seoul meet. China, which India believes has been helping Pakistan in its missile and nuclear weapons programme, is also among the participants. “The main objective of the Nuclear Security Summit process has been high-level attention on the global threat posed by nuclear terrorism," Mathai said, adding “while nuclear security is a national responsibility, there is scope for international cooperation". On the US-crafted resolution on Sri Lanka at the UN Human Rights Council expected to be tabled later this week, Mathai said India still had not seen the final text. Prime Minister Singh had said on Monday that India was inclined to vote for it. The resolution aims to censure Sri Lanka on its human rights record during the last phases of the civil war when a large number of minority Tamils were allegedly killed in May 2009.