J. Satyanarayana | IT policy to look at giving exports a fillip

J. Satyanarayana | IT policy to look at giving exports a fillip

New Delhi: J. Satyanarayana, who became secretary of the department of electronics and information technology about two months ago, said in interview that India’s policy will look at giving IT exports a fillip by giving cash incentives and make the country attractive for foreign technology manufacturing firms to build factories. 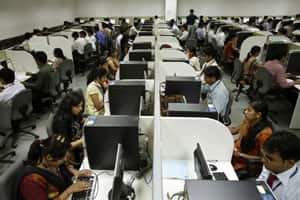 The country’s software exports sector continues to be affected by the global economic crisis coupled with the impact of the end of the tax holidays. Are there any plans to give some boost to the sector?

One thing which is being talked about is not-profit linked incentive scheme, for which consultation has also taken place with the industry. It is one of the things with the department and is currently in a draft form. It is an incentive proposed for tier-II and tier-III cities. If companies are located in these towns, certain amount of financial incentive would be given.

Will the incentives be in the form of tax holiday or land?

Tax holiday is not permissible any more. The way it is proposed is a cash incentive—refund of the certain amount of tax paid and varies from tier-II to tier-III. The incentive will also depend on whether it is SMB (small and medium business) or a non-SMB. A matrix is being worked out. But, currently it is being debated at the department only.

The government is considering proposals to provide incentives to fabrication units. What is the update on the modified version of the earlier special incentive package scheme (SIPS)?

It is undergoing an inter-ministerial consultation process. It is part of the electronics policy, which has those components, including the SIPs, which will be for various electronic items manufacturing. So, 20-25% of the threshold investment defined for the sector will be subsidised, subject to the investment happening and the unit coming into production. A three-year window will be given for submitting proposals from the notification of the policy. So there is a timeline for the last proposal to be taken up, otherwise it is open ended. But the modified SIPS is more liberal in that sense and there is no cap on the number of proposals (that could get subsidy).

Although the government wants to provide incentives to software companies by opening up the domestic sector, states have been consistently found lagging behind in the implementation of the mission-mode projects (MMP). What is the solution?

There has been a good traction from the central MMPs, but the progress is not so attractive on the state MMP front. So in terms of making a real difference there, we will give an outcome orientation (to the project). How many services have touched the citizens this month? It is the single criterion which will measure the success or the impact across the country.