Firms have to register with govt for clinical trials on humans

Firms have to register with govt for clinical trials on humans

New Delhi: Organisations conducting clinical trials on humans will soon have to register with the government to be able to carry out such studies as India looks to tighten regulations and enhance transparency in drug research.

“This is a very good move by the government," said Muralidharan Nair, partner, health sciences practice, at audit and consulting firm Ernst and Young. “In today’s world, it (the existing system) gives a poor impression of India that anyone can have a CRO. The registry will allow people to know the strength of a CRO, the services it offers, its credentials and therapeutic segments it covers." 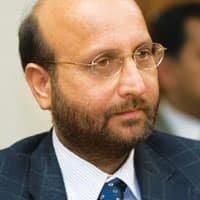 India is one of the fastest-growing clinical research destinations with a growth rate that is two-and-a-half times that of the overall market growth, but human drug trials have so far not been monitored closely.

It was only in June that DCGI made it mandatory for all human clinical trials to be registered online with the Clinical Trial Registry of India (CTRI) maintained by the Indian Council of Medical Research (ICMR). The facility existed earlier but wasn’t mandatory.

The proposal to make CRO registration mandatory was taken up as the number of human trials in India is increasing. Since India has a cost advantage and a large pool of subjects, several foreign companies outsource human clinical trials to CROs here.

The clinical trial market in India is valued at $300 million (Rs1,400 crore) with a compounded annual growth rate of 30%, according to a report by Ernst and Young and the Federation of Indian Chambers of Commerce and Industry (Ficci).

The drugs controller general, Singh, said the Drug Technical Advisory Board, a DCGI body, approved an amendment to the Drugs and Cosmetics Act on 9 November making CRO registrations compulsory. The amendment, after it is approved by the directorate general of health services, will be forwarded to the law ministry before it is finally notified by the health ministry.

Arun Bhatt, president, Clininvent Research Pvt. Ltd, a Mumbai-based CRO that was involved in the drafting of the new rules, says such organisations have to work like sponsors of human clinical trials and so must have all the processes in place.

“The only big difference is that a CRO is at bigger risk. If a pharma company makes a mistake in a clinical trial, since it is the trial sponsor, it does not have to close operations. But for CROs, any mistake can lead to a huge drop in business," said Bhatt.

“We get all details now— who the investigator is, status of subject enrolment of the trial, whether the trial has the DCGI’s approval, etc. The system has become very transparent," said an official at the DCGI office. He didn’t want to be named.

“But the registration should come with some evaluation by the regulator because this business involves risk to human life," said Ernst and Young’s Nair.