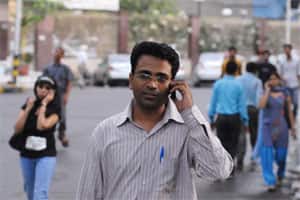 DoT sought Vahanvati’s opinion in June on whether the court’s decision came under the jurisdiction of bilateral treaties after foreign investors began invoking trade agreements seeking damages from the Indian government.

“When the government undertakes to encourage favourable conditions for investments, this can only apply to what the government of India can itself do," Vahanvati wrote expressing his opinion, which Mint has reviewed. “Further, the fact that investments were in fact made demonstrates the investor considered India to be a favourable destination for investments after assessing the commercial gains and risk involved."

The Supreme Court’s decision to cancel 122 telecom licences and spectrum allocated to nine firms in January 2008 led to at least three foreign firms issuing notices to the government under provisions of bilateral investment treaties and comprehensive economic pacts.

Russia-based Sistema JSFC and Norway-based Telenor ASA invoked bilateral pacts signed with Russia and Singapore, respectively, seeking damages from Indian for losses on their investments following the apex court’s order. Some Mauritius-based investors in Loop Telecom Ltd invoked an agreement between India and Mauritius. Sistema is a majority shareholder in Sistema Shyam TeleServices Ltd, whose 21 licences were cancelled.

“Sistema has invoked its right under Article 9.1 of the bilateral investment treaty signed between the government of the Russian Federation and the government of India for the promotion and mutual protection of investments dated 23 December 1994, which came into force on 5 August 1996," a spokesperson for Sistema Shyam said in an emailed response.

Sistema “is being penalized for acting in good faith and in reliance on the appropriateness of the procedures established by India’s telecommunications authorities", the spokesperson said.

“We have initiated the (arbitration) process under the India Singapore CECA (comprehensive economic cooperation agreement), and submitted our request for negotiations," said a spokesperson for Telenor, a majority stakeholder in Uninor, its telecom joint venture with Indian real estate firm Unitech Ltd.

DoT has asked the law ministry to finalize experts to help the inter-ministerial panel looking into the disputes with foreign investors. Last week, DoT wrote to foreign firms reiterating the government’s commitment to the provisions of the treaties and asked them for proposals that would discuss “amicable resolution to the alleged dispute". In the letter, which Mint has reviewed, DoT said the apex court’s verdict applied to a number of firms, and there was no discrimination by the government.