How the Taj Mahal, and Agra, define Indian tourism

Even as the Taj Mahal is disowned and owned in turns by the ruling dispensation in Uttar Pradesh, the footfalls in the Taj make an emphatic statement: no monument in India can match the 17th century white marble mausoleum in Agra for popularity.

Monuments/sites older than 100 years and considered to be of national importance are classified as ‘centrally protected monuments/sites’ and are maintained by the Archaeological Survey of India (ASI). Data from the ministry of tourism for 2015, the latest available, shows 119 such monuments/sites across India, spread across 21 ASI circles.

In 2015, the Taj Mahal drew 4.6 million visitors, of which, 4.1 million were Indian and 0.5 million foreign. This is less than the 6 million that visited it in 2014, the drop attributed to, among other things, the phased restoration work that began at the Taj Mahal in September 2015. 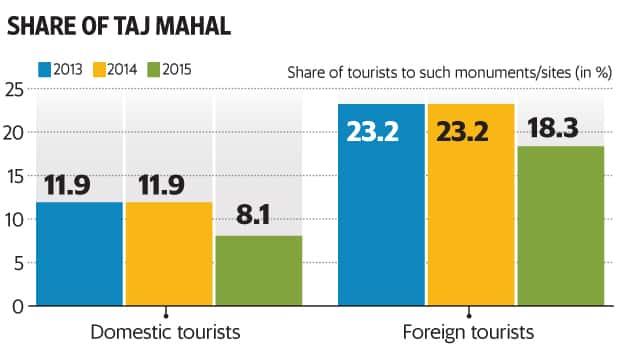 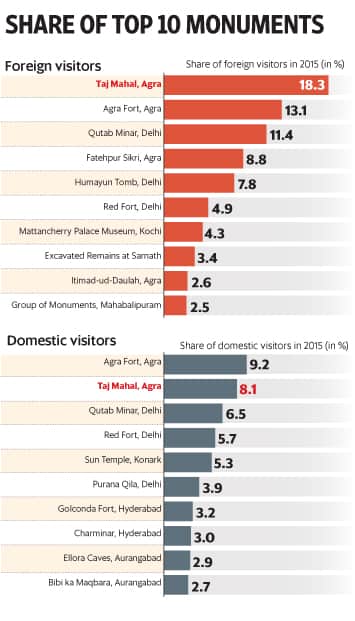 It’s not just the Taj Mahal that is such a draw, it’s also Agra. The Agra Circle, comprising eight monuments, received the highest share of visitors to such monuments/sites: 46% of foreign visitors and 20% of Indian visitors. 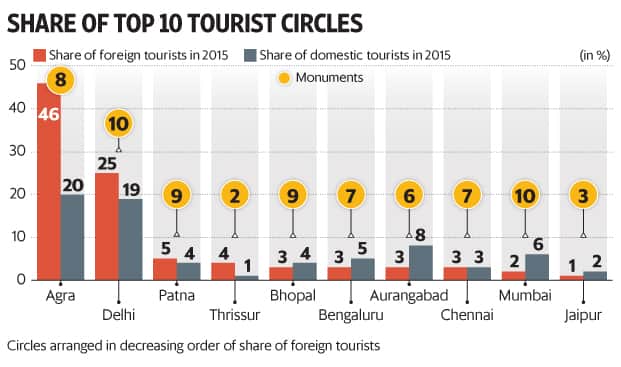