Some delegates from Pakistan miss event

Some delegates from Pakistan miss event

Mumbai: Some Pakistani delegates could not attend the India Economic Summit of the World Economic Forum in Mumbai, despite registering for the event, as India could not grant them visas in time.

Sushant Palukurthi Rao, senior director and head of Asia for the World Economic Forum, said, “many friends from Pakistan could not come here because of visa challenges." Rao said these delegates got their visas only on Friday, after which there was no flight from Pakistan that would have brought them in time for the event.

At least three delegates could not attend, Pakistani journalist Munizae Jehangir said during a session. 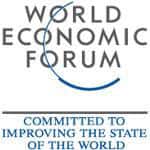 O’Farrell has been a strident opponent of the carbon tax. He has even been accused in the Australian media of exaggerating it.

Arun Kumar Jagatramka, managing director of Gujarat NRE Coke Ltd, said though the tax will drive up the price of steel and coke, Indian buyers will be forced to swallow it.

O’Farrell also said he was against the current ban on the sale of uranium to India.

Mumbai: Participants lamented the negative effects on the real estate market because of the Rent Control Act during the session ‘Spotlight on Mumbai: Getting Urbanization Right".

“From 1985 onwards, whatever buildings are constructed in Mumbai, for them the rent control law is not applicable… I think building life is only 40 or 50 years; so in another 10 years, the problem will be solved," Brihanmumbai Municipal Corporation (BMC) municipal commissioner Subodh Kumar joked, to scattered applause.

Mumbai: Every Indian carrier loses an average Rs900 on every seat that it flies due to high jet fuel cost, said Dinesh Keskar, president of the Indian unit of US-based aircraft manufacturer Boeing Inc.

He said the loss is estimated on the basis of crude oil prices at $100 a barrel, Keskar said. The domestic airline industry is estimated to lose Rs3,500 crore this year and the figure may even go up, he said.

“The Indian airline industry is growing in double digits and we still believe that Indian carriers will handle 60 million passengers this year,’’ he said. “Any industry that cannot cover the cost, that is going up, you will end up in losses."

The recent depreciation of the Indian rupee has also hurt the aviation industry, Keskar added. He said airlines can survive only by a gradual increase in fares.

Boeing India’s president, Dinesh Keskar, talks about growth in the aviation industry and its problems from high fuel costs to low ticket prices.

A global platform for youth

Mumbai: The World Economic Forum on Sunday announced the creation of a “global shapers community" to “tap into the potential of the youth generation".

The community will provide talented 20- to 30-year-olds with a global platform to shape the future and with the opportunity to develop their leadership potential to serve society, the World Economic Forum said in a release.

’’There are no domestic opportunities available in India. We continue to look outside for airport opportunities, if it is probable. But I cannot comment on project specifics ," he said.

Subbarao Amarthaluru of GMR Infrastructure talks about airport operations and why the company isn’t scouting for overseas coal anymore.

Subbarao said despite the economic slowdown the footfalls at airports are encouraging. “We have witnessed 23% footfalls at Delhi airport, 15% in Hyderabad, 23% in Turkey and 20% in Male,’’ he said.

Mumbai: From chip plants to research parks, India must invest in an electronics manufacturing base to sate the swelling demand for smartphones, laptops and other gear or risk an import bill larger than for oil, a top adviser to the prime minister said.

Pitroda talks about connecting a billion people and what can be done in the future.

Information technology and services may have powered India to be one of the world’s fastest-growing major economies, but manufacturing accounts for just 16% of output, roughly half of the share in China and far behind India’s targeted 25% over the next decade. “We have lost all of the electronics manufacturing base, whatever little we had," said Sam Pitroda in an interview on the sidelines of a World Economic Forum event in Mumbai.

India wants to upgrade its industrial base to diversify from service sector-led growth, create more jobs, and curb a swollen trade deficit that could more than double in three years, due in part to billions of dollars worth of Chinese imports.

The World Economic Forum’s India Economic Summit 2011 is exploring this country’s role in the world. Mint’s Leslie D’Monte tells us why.

Rahul Bajaj, chairman of Bajaj Auto says it’ not just the economy that’s slowing down- government decision making also seems to be grinding to a halt.

Sanjiv Bajaj, managing director of Bajaj FinServ, talks about the effects of the slowdown and high interest rates.

Chengal Reddy of the Consortium of Indian Farmers Associations says the right policies can drastically increase the country’s agricultural output.