Tracing the pace of new jobs created in an economy, a key electoral issue, is a good indicator of inclusive and balanced growth. But in a developing country such as India, the nature of new employment is often as important as the total number of jobs created. The changes unfolding in India’s labour markets in the past few years are not immediately apparent by just looking at overall employment and wage numbers. In a new series, Mint examines the structural shifts in the labour markets, based on the latest data released by the National Sample Survey Office.

When India’s economy was growing at its fastest, it seems ironical that the pace at which new jobs were created actually slackened. In the seven years between 2004-05 and 2011-12, when gross domestic product expanded at an average rate of 8.5%, there was new work for only 15 million people, compared with 60 million in the five years to 2004-05, when the country’s economy clocked an average 5.7% growth, data from the National Sample Survey Organization (NSSO) show.

A closer look at the numbers, however, reveal that the slower pace of jobs creation reflects a fall in distressed farm employment. The aggregate employment data mask two structural shifts in India’s labour market: a massive withdrawal of women from the labour force in recent years (examined in the next part of the series), and a rise in non-farm jobs, primarily in building and construction. 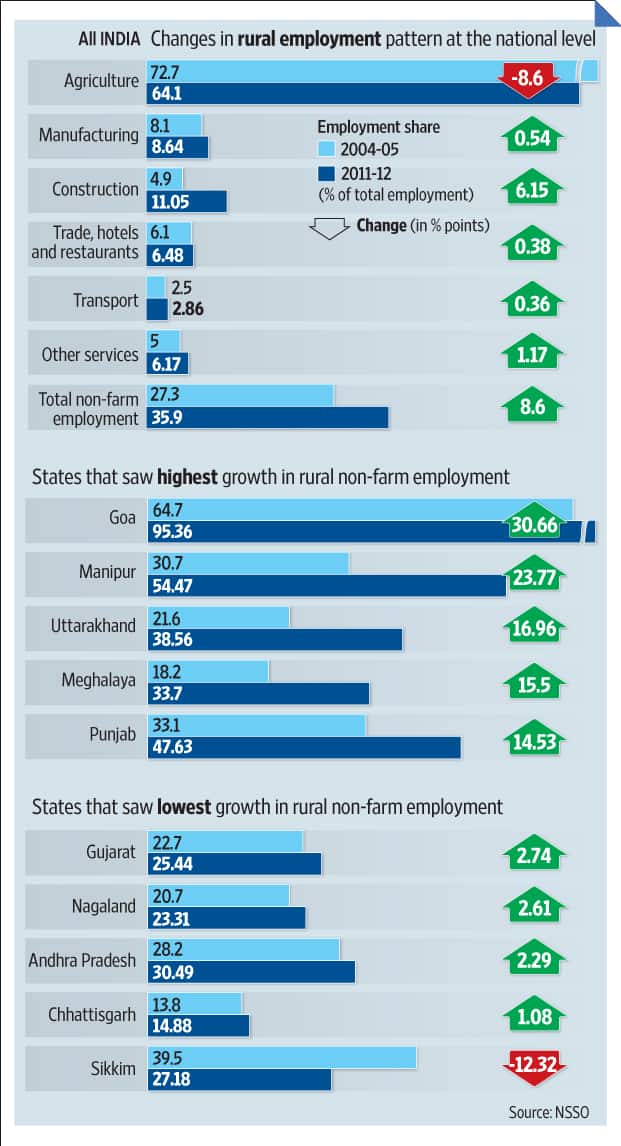