Durban: Thirteen of the warmest years recorded have occurred within the last decade and a half, proving that global warming is a reality, the UN’s World Meteorological Organization (WMO) said on Tuesday.

The year 2011 caps a decade that ties the record as the hottest ever measured, the WMO said in a provisional report on climate trends and extreme weather events, unveiled at UN climate talks in Durban. 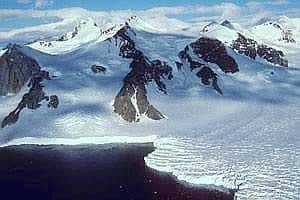 “Our science is solid and it proves unequivocally that the world is warming and that this warming is due to human activities," WMO secretary-general Michel Jarraud said in a statement, adding that policy makers should take note of the findings.

“Concentrations of greenhouse gases in the atmosphere have reached new highs and are very rapidly approaching levels consistent with a 2 to 2.4 Celsius rise in average global temperatures."

Scientists believe that any rise above the 2.0 threshold could trigger far-reaching and irreversible changes over land and in the seas.

This was true despite a cooling La Nina event—one of the strongest in 60 years —that developed in the tropical Pacific in the second half of 2010 and continued until May 2011.

The report noted that the cyclical climate phenomenon, which strikes every three to seven years, helped drive extreme weather events including drought in east Africa, islands in the equatorial Pacific and the southern US. While La Nina, and its meteorological cousin El Nino, are not caused by climate change, rising ocean temperatures caused by global warming may affect their intensity and frequency, scientists say.

Average surface temperatures over land were above long-term averages in most regions.

“There is no single country that has reported 2001-2010 mean temperatures that are colder than their national long-term average from 1961-1990," WMO deputy secretary general R.D.J. Lengoasa told journalists in Durban, citing a forthcoming review of weather trends over the last ten years.