Bimal Jalan | Budget should be more about policies

Bimal Jalan | Budget should be more about policies

New Delhi: Budgets need to focus more on economic and fiscal policies and the government’s priorities in terms of expenditure and not so much on direct and indirect tax rates of various products, said Bimal Jalan, one of the drafters of the long-term fiscal policy document that the finance ministry created around 30 years ago. The current state of the fisc, he added in an interview to Mint, may well be because budgets haven’t done so. Edited excerpts:

It is clear the government will miss its fiscal deficit target this year. But the larger thing is that the institutions that were sought to be developed, especially with the long-term fiscal policy document you authored over 30 years ago, have they been gradually eroded in this period? 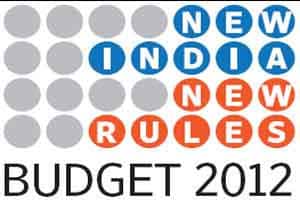 Obviously, if there is some emergency, you need to change tax rates such as excise or import duty. That you should do. But that should be the exception rather than the rule. Today, it has become the rule.

So is it the problem with the institutions that have not made this transition? We have become a complex economy. We need more of a regulatory vision rather than an intrusive participation in governance. Is it that these institutions, like typically for managing Fiscal Responsibility and Budget Management Act, 2003, have failed to measure up to the transition and are we seeing the crisis of that?

The problem is systemic. It is not about institution X or ministry Y. We have to accept the fact and we have to work on the premise that it is a politically important issue. Then you have a lot of discretionary powers with the ministers. If you have 10 different parties each having their own ministers, that is also a systemic problem.

So in that sense, the institution of the government itself has undergone a change which is inimical to the rules-based regime that the long-term fiscal policy document directed to?

Naturally. You belong to party X and someone else belongs to party Y. The ministries keep on changing. It is like short-term life expectancy. Let’s look at highways. How many ministers would you have had in the last 20 years? If you have a discretion on what the contract rules will be, where the lines will be done, etc, it will be very much dependent on what the minister decides. Some may be very good and some may only be interested in doing the short term rather than the long term.

How do you institutionalize such policymaking so that you can take the person out of the policy?

It is a large issue which you have raised. It requires some fundamental political reforms. One of the most fundamental reforms, in my view, people may disagree, is to make all the parties that join the government come under the anti-defection law. If you join a government, the collective responsibility of the government must prevail.

What is the relevance of the fiscal policy today in a complex economy like India where a lot of sectors are market-based, the private sector plays a dominant role and it is not the conventional Indian economy that we see?

In terms of public services, for example, we say education for all. In a country where 60% of the people are in rural areas, where you can’t set up private schools or where they are not remunerative enough, provision of public services is essential. The infrastructure development, connectivity with roads is important. That’s what the government expenditure is about. So you can’t rely on the private sector. But they can’t take care of 60% of the people in rural areas. They can’t take care of fundamental public services that everyone requires. For example, food.

The highest number of people who suffer from malnutrition is in India, the highest poverty levels are in India. So, we have to ask ourselves this question that we are so ineffective in handling these problems through public resources, why is it that there is so much corruption and diversion? It is the Planning Commission’s view that 46% of the money spent on public distribution system for foodgrain is diverted.

Then shouldn’t we be looking at public expenditure policy rather than focusing on the end outcome of fiscal deficit?

Both are related. One in the macro-economic context. The volume of fiscal deficit is important because budget is creation of money. So money supply and inflation can get accentuated if your fiscal deficit is very high over a long period because that has to be financed either through debt or through creation of money. As you can see in Europe, a lot of countries have got into trouble because the debt to gross domestic product ratio is very high. Fiscal deficit is important and let’s not undermine it. But what is even more important is where this deficit is happening. If this is revenue deficit and that if 50% of the revenue we are spending is diverted to where it is not supposed to, then it’s a cause of concern.

In the last four to five years, the spending is focused more and more on the social sector through various entitlement programmes. Because of the huge boost to spending, they act as a stimulus. The issue is that this kind of entitlement programmes cannot be sustained forever. As and when they are rolled back, they will have an immediate impact on the economy in terms of demand. It plays havoc with the growth rates. Add the external crisis to it, so the Indian economy has dropped from 9% to less than 7% this fiscal. How do you deal with public policy or fiscal policy in this kind of volatile growth environment?

Former RBI Governor, Bimal Jalan, talks about India’s political economy and why he believes new rules and institutions will be needed to deliver the goods

Fiscal deficit is important. How much you can spend has to be determined on that ground. Even more important than seeing how to reduce social spending in volume terms is to see how to make social spending more effective. For example, let’s take MGNREGA (Mahatma Gandhi National Rural Employment Guarantee Act). Why is it that the Centre has to determine all the parameters of what this scheme will be? Citizens are staying in different states with great diversity. Why does the Centre have to decide what the wage rate will be? It can decide how much it will reimburse. Why does the Centre have to decide what all states will do? It is a larger problem and I think what we need to do is to concentrate on making the spending effective. This requires that the responsibility of spending is that of the states so that they are accountable.

Is there a way out of governance deficit? How do we fix it?

The institutions need to be created first and empowered. The problem over the last two decades is you have created institutions, but constant discretionary interventions have happened from the government. This is one point. Second, you made a point that somebody has to be accountable. Who gauges the government over that? Every year, we hear during budget that the government has achieved this and that milestone. But how do we verify that? It’s like the government is the judge for itself. How do we make it more democratic and participatory?

We are very fortunate in having a strong, wide media. It is a fact that everything is out in the open. You have the RTI (Right to Information Act), this is a big development. You have the authorities which are responsible. You have the Competition Commission of India, the Comptroller and Auditor General of India and the Election Commission. So, we have a lot of institutions which work, and work well.

The basic problem is how do you accept that governments are going to have a short term. You can have five or six years rule once but if you have had nine governments in last 18 years, and constituting 18 or 20 parties, then each party has to be responsible if it were to join the cabinet.

So there is another element to this politics that comes in the way of good governance, too. But you have precedents in this country at state level, such as Gujarat. In the mid 1990s, both the opposition and the ruling party decided on the blueprint of reforms which included divestment and all measures, including tackling basic issues of utility pricing, and came out with a document which both the sides signed. So regardless of who was in power, whether the Congress or the Bharatiya Janata Party (since it is primarily two-party rule in Gujarat), they stuck to it. So you have a success story in Gujarat in terms of economic governance, then why is it that the same two parties, which dominate the national politics, can do that at the state level but are unable to do it at the central level?

This is a very central point. It is possible today that we have to empower the states more. You make policies, and central government can decide on how much resources it has. But there is no reason why performance wouldn’t determine the allocation of the resources.

That means the business-as-usual approach has to go. This is new India and you need new rules to run this economy.

What do you think this budget should signal?

One, simplify rules, regulations, administration and system so far as the fiscal side is concerned. Two, concentrate on capital expenditure. And three, so far as social expenditure and subsidies are concerned, decide which institution is responsible and that institution can’t be the ministry. If it is a ministry, then that minister must be accountable and must be fired if things don’t happen.

Remya Nair and Moulishree Srivastava contributed to the story.

This is the second of three interviews Mint is running ahead of the budget. In the first, Bihar deputy chief minister Sushil Kumar Modi spoke about what states would like to see in the forthcoming budget. To see video of the interview with Modi log on towww.livemint.com/skmodi.htm