Thanks for Visiting Mint
You seem to have an Ad Blocker on. Please turn it off in order to continue, or whitelist Mint
HOW TO TURN OFF AD BLOCKER
OR
REFRESH IF YOU ALREADY TURNED OFF THE AD BLOCKER
Home >Politics >News >RBI may intervene in forward market: source

Mumbai: The Reserve Bank of India may intervene in the forward foreign exchange market, in addition to the spot market, to help manage liquidity in the banking system, a RBI source said on Friday. 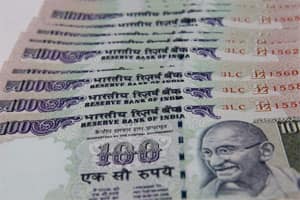 It has, however, recovered smartly in 2012, gaining nearly 6% so far, helped by renewed flows in equity as well as large inflows into debt.

“If and when we are doing it (intervention), we may do a combination of spot and forwards, so liquidity impact is shifted to a future date," the source said.

The RBI has been active in the forex market in recent months, in a bid to prop up the rupee. Traders have routinely suspected the RBI’s hand in the market, specially in late hours of trade.

The official RBI intervention data comes with a month’s lag. The RBI sold $2.92 billion in the spot market in November, its biggest sale of dollars in over two-and-half years.

Net outstanding sales stood at $1.62 billion in the forward market in November, the first time the RBI has intervened in the segment in over a year.

Wednesday, RBI deputy governor H.R. Khan said that any central bank intervention, as and when it happens, will be a combination of both cash as well as forward basis.

“But there is a limit upto which you can do forward because then the premiums will disturb other rates," he said, adding the amount is decided based on the market condition.

Banks borrowed ₹ 1.59 trillion ($32.1 billion) from the RBI’s repo window on Friday, compared with ₹ 1.45 trillion on Wednesday, and significantly higher than the RBI’s comfort zone of ₹ 60,000 crore, indicating the tightness in liquidity.

Tuesday, the RBI slashed its cash reserve ratio by 50 basis points to inject ₹ 32,000 crore in the banking system. The cut will be effective on Saturday. In addition, it has bought ₹ 70,000 crore of bonds since November to support the government’s large borrowing programme.