Kolkata: The 3,000-odd “Chinese-Indians" staying in the narrow alleys of Tangra near the Eastern Metropolitan bypass in Kolkata are an endangered community, with at least 75% of the new generation moving out to settle in the West.

While it is common now with young Kolkatans to scout for better career opportunities elsewhere, the rate of migration is much higher among the people of Chinese origin. “Our hearts sink to see the size of our families shrink, but we must encourage our children to explore better livelihoods," says Liu Kuo-chao, president of Tangra Welfare Society. 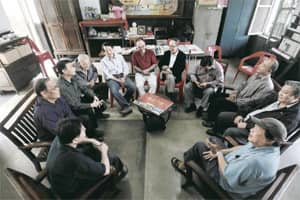 Most of these settlers came from Canton (or Guangdong), while people belonging to the Hubei community, who were dentists by profession, came from the eponymous neighbouring province.

The people of Canton were mostly a travelling class, moving to make a living in their family businesses of carpentry, leather tanning and laundry.

The southern province of Guangdong, which was a global trading centre, also became a crucial port of exit for labourers looking to migrate to South-East Asian countries, says Peter Liu, who is in his early 60s and owns a tannery in Tangra.

They stayed through a few generations in Hunan, where they were known as hakka or guests, before crossing the border to enter Burma, now Myanmar, and finally settling in Kolkata, then Calcutta.

“We have always been guests wherever we went," says Peter.

Despite hardships, Chinese immigrants have made Kolkata’s Tangra their home for generations. But many are now leaving their adopted city and country for better opportunities elsewhere. 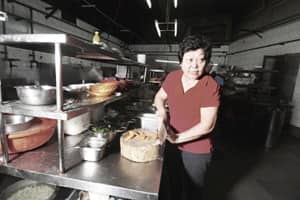 Their peaceful existence in Kolkata for over a century was threatened in 1962 with the beginning of the war with China over a border dispute.

Though many returned to China during the war and a large number gradually dispersed to other parts of the country and abroad, there were nearly 8,000 of them in Kolkata even 10 years ago, recalls Liu.

The Chinese prefer Kolkata to India’s other big cities because of its more relaxed pace of life and affordable living standards. “But life in Kolkata, too, is becoming hard," he says.

The biggest setback to the community in recent times came from a directive by the Supreme Court in 1996 to shift all tanneries, the key business the community is involved in, from Tangra and adjacent areas to a new facility in Bantala, about 14km away.

The idea behind the move was to get the polluting industry out of the city limits and develop an organized cluster on the fringes. The tannery owners, however, say that infrastructure at the Bantala leather complex is inadequate.

Large investments were made in the Tangra tanneries, which will make it difficult for owners to bear the cost of relocation, Peter says. Even years after the complex was first conceptualized in the mid-1990s, only 30% of the tanneries have so far shifted base, says C.L. Ping, a Tangra resident who used to own a tannery.

Most others, like Ping, have converted their tanneries into restaurants, making Tangra a popular destination for affordable Chinese cuisine, much like a small alley in downtown Bow Bazar where Chinese breakfast is a tradition.

“They are right now in a crucial transition phase, but they have the ability to withstand the challenges and stay on," says Zhang Lizhong, consul general of China in Kolkata.

Margins aren’t as good in the food business as in leather, says Li Kuang-wi, a restaurant owner. “It barely helps us sustain," he says.

The Chinese cuisine of Kolkata has earned repute for its unique flavour, which makes it different from that in China, says Chen Chuan-lung, who is in his late 70s. The younger generation, he says, was earning “good money" in the US and Canada running restaurants that serve Tangra specialities.

The shoe business, once a monopoly of the Chinese in Kolkata, is also under stress due to stiff competition from China, says Peter. K.T. Chang, editor of the Overseas Chinese Commerce of India, at his office. Photo by Indranil Bhoumik/Mint.

The circulation of the paper has dropped from at least 800 when it started in 1969 to 180, as fewer youngsters are taught to read the language, K.T. Chang says. Parents would rather send their children to English-medium schools than teach them Chinese, he says. “I don’t know how long people will read my paper, but I am determined to continue printing it till the end of my life," says K.T. Chang, a retired tannery worker.

The four-page paper earns its revenue from advertisements announcing marriages and other social events in the neighbourhood.

Though a majority of the community’s members were born in Kolkata, they hesitate to call it home. “We are Indians at heart, but still 50% different from you people," says Philip Chung, whose children work in the US.

The disconnect dates back to the war in 1962. Monica Liu, 60, who spent her childhood and adolescence in a Shillong jail and a refugee camp in Rajasthan along with her family, is one of the many Chinese who were offered Indian citizenship decades after thewar ended. About 100 of the Chinese settlers in Tangra still hold Chinese passports.

“I still get worried whenever there is any news of cross-border problems," says Monica, now the owner of three popular restaurants in Kolkata.

Though India and China are believed to be in a so-called golden period of “friendly bilateral relationship", a stand reiterated by Chinese President Hu Jintao during his recent visit to New Delhi, occasional border spats still surface in the north-eastern Indian state of Arunachal Pradesh and the barren plateau of Ladakh in Kashmir.

“It is time to turn a new page in international relations," says Zhang. Diplomatic relations between the neighbours are on the right track, the consul general says, as seen in the bilateral trade volume that has increased 25 times over the past decade to reach $70 billion (Rs 3.6 trillion today) in 2011.

The Chinese of Kolkata could play a vital role in “bridging the communication gap" between the businessmen of the two countries, Zhang says. “We are extremely proud that the community has still kept alive the traditions of China here, be it the celebrations of Chinese New Year in February or the legendary lion dance, which is rare even in China now," he adds.

This is the eighth of a 10-part series that profiles foreign communities that are contributing to India’s cosmopolitan culture.

Next: Israeli immigrants in India

Also Read | The previous stories in the series