95 million to vote in Phase 8 of Lok Sabha elections

Over 95 million voters in seven states are eligible to exercise their franchise on Wednesday to choose 64 Lok Sabha members in the eighth and penultimate phase of the 2014 general election. 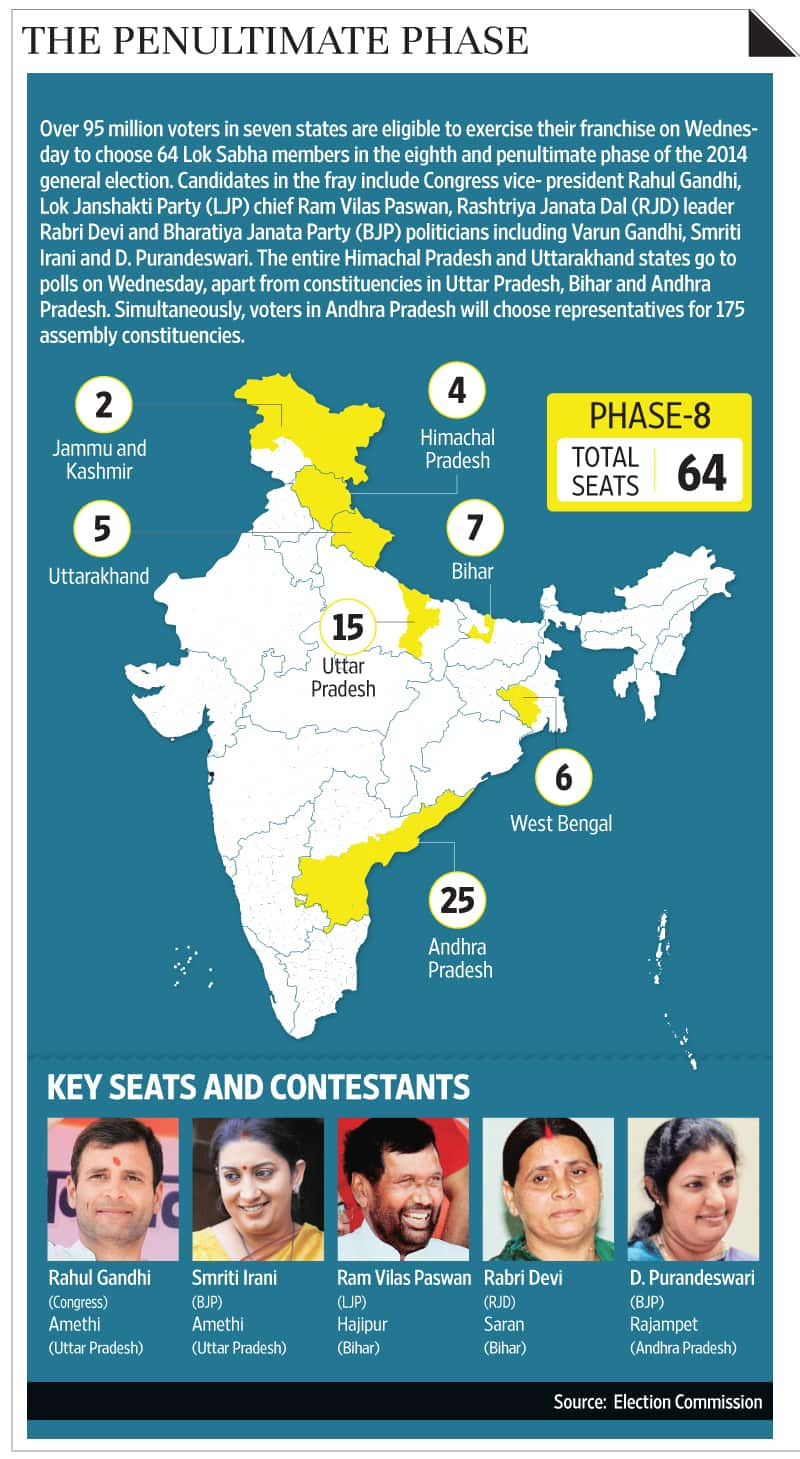