Centre to hold one last round of talks over GST

Confident about passage of GST bill in Rajya Sabha, senior ministers of the NDA government say consensus with the opposition is within sight

New Delhi: The National Democratic Alliance (NDA) government is planning to hold one last round of talks with opposition parties before tabling the constitutional amendment bill for the goods and services tax (GST) in the Rajya Sabha.

Senior ministers in the NDA said they are close to reaching a consensus with the opposition, especially the Congress, and that they are confident that the bill will be cleared in the ongoing monsoon session of Parliament.

“We will have a final round of talks with opposition parties where it will be decided when to present the GST bill in Rajya Sabha. Most parties want the bill to be passed in this session itself which is a positive development for the government," a senior minister in NDA said.

The Union government has given the opposition Congress party a ‘broad outlook’ of the revised bill ahead of presenting it in the Rajya Sabha later this week. While the Congress party now awaits to see the ‘fine print’ of the bill, senior Congress leaders say that a “broad understanding" has emerged through a series of recent discussions.

Senior Congress leaders said one two of their key demands have been accepted by the Union cabinet—doing away with a 1% additional levy on supply of goods and full compensation for states for five years for revenue losses arising from the transition to the new tax regime. They added that the government has signalled that even though it will not legislate an 18% cap on the GST rate as a constitutional amendment, it will try to offer an alternative to keep Congress’ concerns in mind. 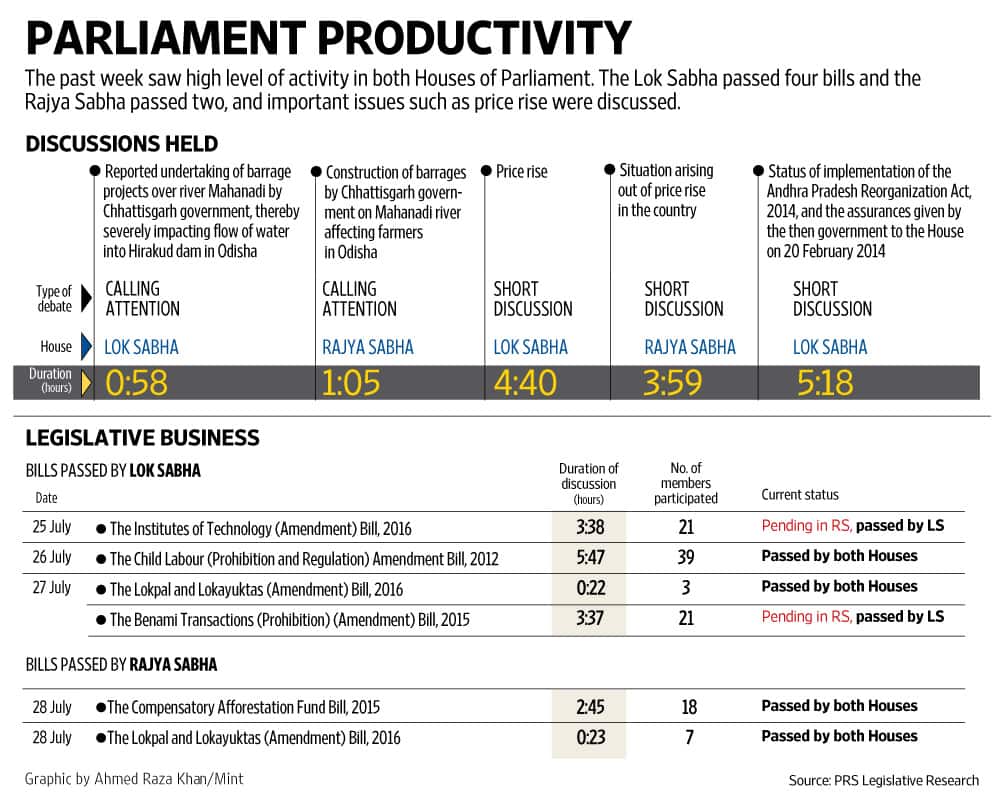 “A broad consensus is emerging and after a series of detailed discussions, there is a greater clarity now. They (the government) have incorporated recommendations of the select committee and they have shared with us a broad outlook. We have sought one or two clarifications and we are hopeful that the government will factor in our concerns," a senior Rajya Sabha member of the party said, requesting anonymity.

The bill has already been passed by the Lok Sabha. The NDA has 72 members of Parliament (MPs) in the 245-member Upper House and requires the support of 163 members to pass the legislation. 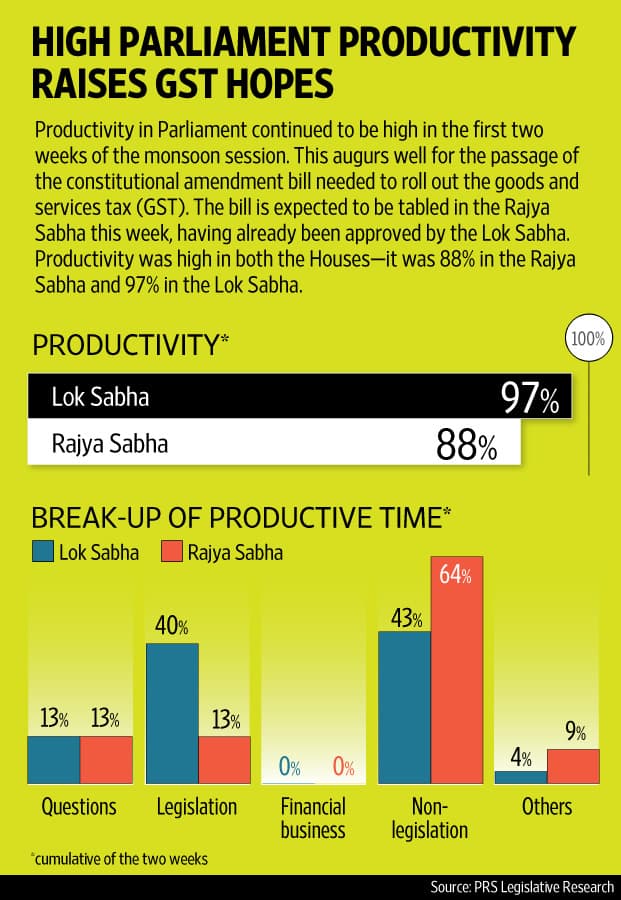 Senior ministers of the government have been in continuous discussions with Congress leaders on the matter, with a meeting held as recently as Friday. Congress party leaders say that while they have been told the bill could be tabled ‘soon’, it is up to the government to decide when to bring it in the legislative business. “A series of discussions have happened and if I can say so, the gap has really narrowed down. We feel if brought in the right manner and keeping all parties on board, we may finally see the bill getting passed in the Upper House this week," another Congress leader from the Rajya Sabha said, requesting anonymity.

The Communist Party of India (Marxist) last week flagged its concerns over the GST, saying the tax in its current form would take away the powers of state governments to levy taxes. A senior party leader from the Rajya Sabha said: “We are waiting to see what is the shape of the final bill which will be tabled in the House. Until then, it will be difficult to say what demands the government has accepted."

Regional parties too are hopeful that the government has addressed all their fears. “A consensus is slowly but steadily emerging. Now, we want the government to table the bill in the Upper House so that a discussion in Parliament can happen on it and it gets passed," a senior Rajya Sabha leader from the Janata Dal (United) or JD(U) said.

The GST is aimed at dismantling inter-state barriers to trade in goods and services and creating a common market. Some economists say it could boost gross domestic product by as much as 2 percentage points.

“There is no doubt that the government and opposition parties have realised that apart from the usual political tussle, people expect them to pass crucial legislation and both the sides are under tremendous pressure to pass the GST bill. The state governments are also waiting for the bill so there is added pressure. It has become a trend in Parliament that for the few weeks there is hardly any movement on bills but towards the end of the session, consensus is visible. It seems the consultations on GST have been completed and it will get passed in this session itself," said Jai Mrug, a Mumbai-based political analyst.