How will goods and service tax impact state revenues?

The goods and service tax (GST) will be implemented soon. This is a value-added tax (VAT) system that subsumes a number of central and state taxes. How would GST impact state governments? We look at the finances of 12 large states. 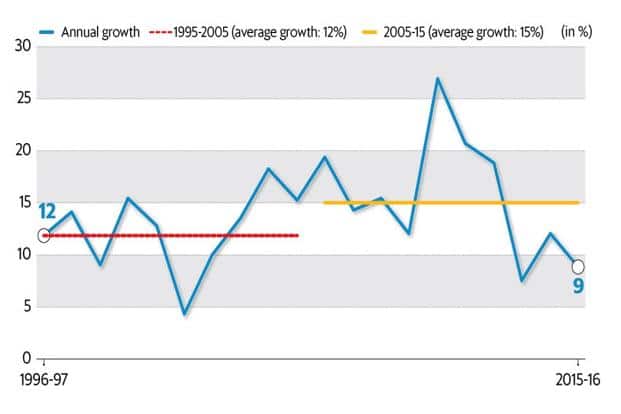 In a VAT system, each person in the value chain gets input credit on the tax paid by the previous persons. This acts as an incentive to ensure that the previous person has paid tax. When VAT was introduced for sales tax a decade ago, states saw an increase in the tax growth rate (though there could be other factors such as higher nominal gross domestic product growth). While excise, service tax and sales tax allow for tax credits within their silos, GST integrates these and enables tax credit across these taxes. 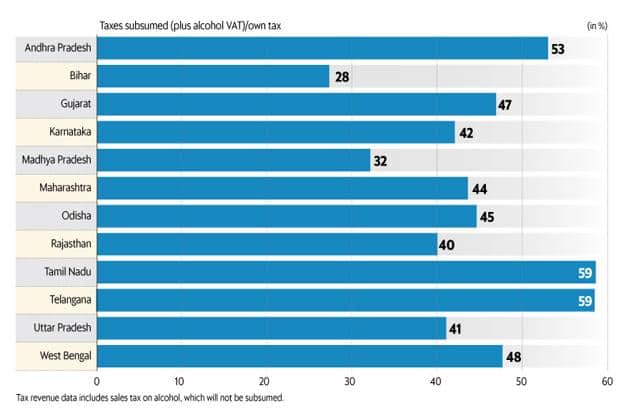 GST subsumes various taxes levied by states, including sales tax, entertainment tax and entry tax, except the revenue from excise on alcohol and sale of alcohol and petroleum products. We do not have disaggregated data on sales tax on alcohol.

Tax revenue to be subsumed (plus revenue on sale of alcohol) was 46% of states’ own tax revenue in 2015-16. Excluding sales tax on alcohol, which will continue to be taxed separately by states, revenue subsumed would be lower than 46% of own tax revenue.

Few states seem to benefit from the compensation 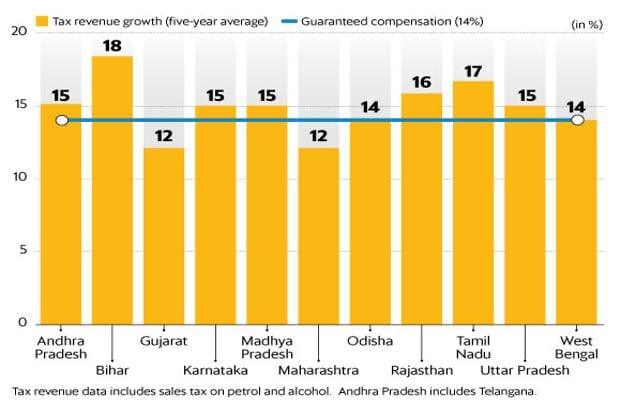 States will be compensated for any shortfall in revenue collection due to implementation of GST in the rst ve years. The baseline is assumed to be a growth of 14% compounded from 2015-16. On average, the growth in revenue from the subsumed taxes for these states grew 14% between 2010-11 and 2015-16. This is not adjusted for sales tax on alcohol and petroleum products. However, as GST subsumes some central taxes too (such as excise and service tax) and states get half the share, there may be a difference in the tax base and tax growth.