Piramal Healthcare has just announced the largest overseas acquisition by an Indian firm in about six months. On Wednesday the company said it was buying US-based Decision Resources Group, a provider of healthcare information. The deal is worth $635 million. Piramal Healthcare’s latest deal is in line with its strategy. Promoter Ajay Piramal has been trying to diversify the company for a couple of years. Back in 2010, Piramal Healthcare sold its local formulations unit to American firm Abbott Laboratories for $3.7 billion. Shares of Piramal dropped 0.95% on the BSE to ₹ 427.60 even as the Sensex plunged 1.83%. 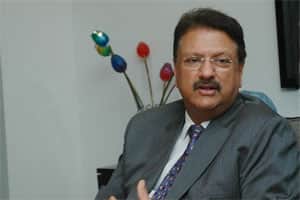 Meanwhile, finance minister Pranab Mukherjee tried to allay fears about the battered rupee. Addressing parliament on Wednesday, he said the fall in India’s currency was largely because of the euro zone crisisand that the Indian growth story was intact. But Mukherjee also said he wanted to push through some austerity measures to boost confidence.

And finally, with the rupee falling, Indian markets followed it into the abyss. The Sensex ended trade 298 points lower at 16,030. And rival Nifty lost 85 to 4,858.