New Delhi: A public interest litigation (PIL) filed in the Supreme Court, alleging that the sitting Chief Justice of India (CJI) S.H. Kapadia had a conflict of interest in the Vodafone tax case, created a stir on Wednesday, with the petitioner claiming he was not an agent of the government and several others terming the petition frivolous.

The Chief Justice’s bench had ruled against the income-tax (I-T) department in a landmark verdict on 20 January.

On Wednesday, The Times of India reported that the petitioner, advocate Manohar Lal Sharma, had alleged through a PIL that CJI Kapadia had not disclosed that his son Hoshnar Kapadia worked at consultancy firm Ernst and Young (E&Y), which had advised Vodafone Group Plc on the 2007 Hutchison Whampoa Ltd deal.

The CJI’s office did not elaborate on the petition. “Since the matter is sub judice, nothing further can be said right now. Yes, it has been filed. It is all there in the newspaper," said H.K. Juneja, deputy registrar and private secretary in the CJI’s office. 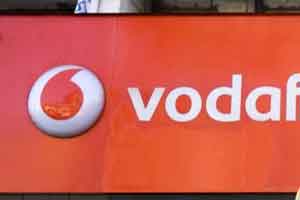 On being asked why he filed the PIL, Sharma said, “You read the prayer in the petition. You will find that I am seeking an entire cancellation of the judgement. Because Vodafone played a serious fraud upon the government of India. Analjit Singh was their agent in India. In fact, Hutch paid Analjit Singh for doing their work in India—getting approvals and all that."

Sharma said the burden of declaring relatives possibly connected to cases rested on the judges of the court. “The judicial system should be very clean. Even though he is the CJI, some facts should be declared in court," he said.

Sharma even asked for the entire case to be reheard on the ground that CJI Kapadia had not made what Sharma believed was a mandatory disclosure.

“Within the judicial principle, it is the legal and moral duty of the presiding judge/justice to disclose their direct and indirect relation/interest in the subject matter and not to take part in the proceeding. Therefore, due to this reason, Supreme Court judgement dated 20.1.2012 in Vodafone, which has been heard by the hon’ble CJI without disclosing above facts, is liable to be set aside and entire matter must be put up before another larger bench for fresh hearing," reads Sharma’s petition.

On being asked if he was acting on anyone’s behalf, Sharma said, “If I was a government front—why did the government not disclose this in the court proceedings? I have not taken a single penny from anyone. I have not been approached by anyone."

Sharma insisted he was not backed by any group and that he was acting purely in public interest.

“Today I am taking a risk for myself. Tomorrow, CJI can issue a direction to the Bar Council of India to cancel my licence. I am ready for a CBI (Central Bureau of Investigation) inquiry to examine my links with the government. I went myself into the investigation and I found all this. My question...one of my questions is very simple—why CJI has not disclosed that his son was in Ernst and Young, advisers to Vodafone?"

Hoshnar Kapadia joined E&Y in July 2008. He currently works in the risk advisory division of the consultancy as a senior manager.

The company and Kapadia declined to comment on the grounds that the matter was now between the Supreme Court and Sharma.

Senior advocate Harish Salve, who argued the case for Vodafone before the court, said the entire episode was “extremely sad".

He also rubbished the PIL. “It is absolute nonsense (the PIL). What was the occasion for him (CJI Kapadia) to declare that his son was working for Ernst and Young? In fact, his son was working for KPMG when this report was given. He was working for a competitor of E&Y. I mean, where are we taking this matter? The notion of conflict is that me or my family was trying to gain a pecuniary interest," Salve said.

“I mean we are talking of Justice Kapadia, who has a thundering reputation. If this carries on, no honest man will want to become a Supreme Court judge," Salve said.

A senior government functionary denied any role in the matter and said that it was “preposterous for anyone to allege such a thing".

Salve explained that the report from E&Y was used by the I-T department as evidence against Vodafone in the case.

On 11 February 2007, E&Y had submitted to Vodafone a due diligence report on Hutchison Essar Ltd, the underlying Indian company in which the British telco sought an indirect majority interest.

The report, which is cited in the court’s final judgment, reads: “The target structure now also includes a Cayman company, CGP Investments (Holdings) Ltd, which was not originally within the target group. After our due diligence had commenced, the seller proposed that CGP Investments (Holdings) should be added to the target group and made available certain limited information about the company. Although we have reviewed this information, it is not sufficient for us to be able to comment on any tax risks associated with the company."

Another lawyer who worked on the case said Sharma could be liable for contempt if the allegations were proven to be frivolous when the PIL comes up for hearing, since he has called into question the integrity of a judgement.

A former judge of the Supreme Court, who did not want to be identified, said that if the claim was true, it was something Kapadia overlooked inadvertently. He added that Kapadia had an impeccable reputation.

“Once in a while it happens to the best of people. Sometimes they miss out on it," he said.

“If it is true, I would like to believe that it happened inadvertently. You can’t rule out the possibility of at least some PILs being motivated. The bottom line is propriety, not legality. And propriety has to be that of a reasonable person, not a biased person," he said.