Mumbai: On Sunday, Prime Minister Narendra Modi broke down at a Facebook Inc. townhall recalling his mother’s toil as a domestic help. For decades, the poor condition of domestic workers has been a reality in India.

Women dominate this sector, with their culturally conditioned roles as domestic caregivers fitting well with these occupations. The International Labour Organization (ILO) estimates that close to 53 million people worldwide were employed as domestic workers in 2010, with 83% of them being women. An ILO analysis of 2004-05 NSSO data shows that in India, female housemaids/servants form the largest sub-category amid domestic workers. 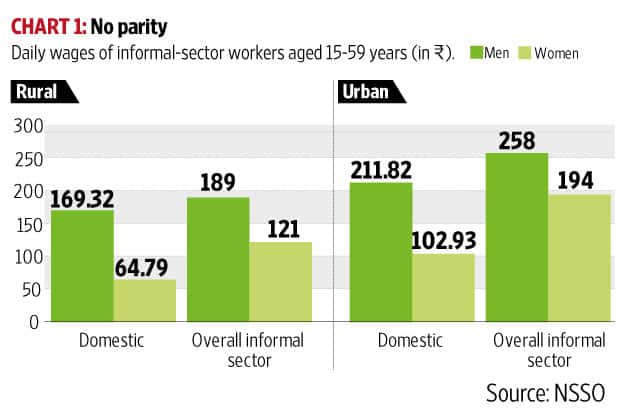 Domestic workers also fare poorly in terms of social security. As chart 2 shows, less than one in every five domestic workers receive any kind of paid leave compared with almost half the workers employed in other non-agricultural informal sectors. 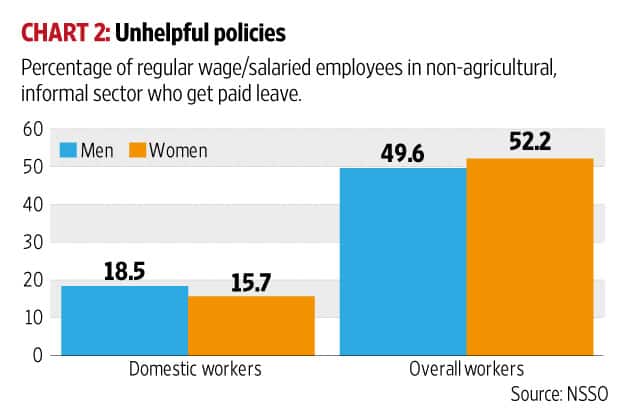 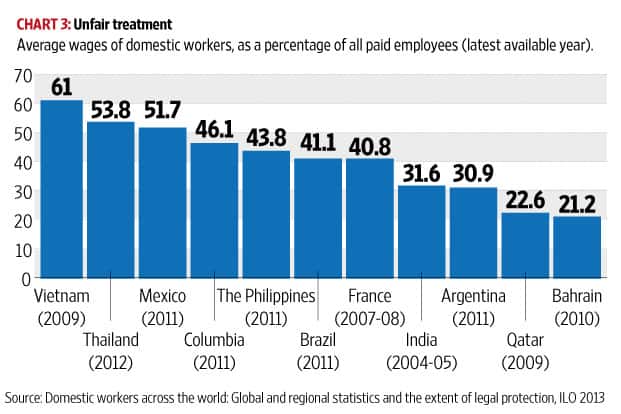 The prime minister would do well to note the dismal statistics in the Middle East too. Indian migrant domestic workers constitute a large number of domestic workers in the Middle East, which accounts for 96% of annual labour emigration from the nation. In both Saudi Arabia and Qatar, domestic work was the sector with the highest average working hours (Saudi Arabia at 63.7 hours per week and Qatar at 60 hours per week). A 2015 ILO report points to the role of distress migration in sustaining the supply of domestic labour. There are two main migration routes for female domestic workers: the first from Kerala to the Middle East, the second from Jharkhand to Delhi. Migrant workers, who rely on agents and placement agencies, are doubly vulnerable to exploitation, trafficking and forced labour, especially in the absence of any law regulating the recruitment of domestic workers in India, the report notes.

What is the government doing to improve the lot of domestic workers?

Earlier this year, labour minister Bandaru Dattatreya informed Parliament about India’s failure to ratify ILO’s Convention No. 189 on Decent Work for Domestic Workers as its national laws were not yet in line with the provisions of the convention. However, a draft National Policy for Domestic Workers, currently pending before the cabinet, gives hope: it proposes a minimum wage of ₹ 9,000/month for skilled, full-time domestic workers, in addition to 15 days of paid leave in a year and maternity leave. If enacted, this may be a significant step in ensuring equity and reducing the gender gap.