New Delhi: The Congress-led United Progressive Alliance (UPA) faced embarrassment in the Lok Sabha on Monday when the Trinamool Congress (TMC), a partner in the government, voted against a Bill brought by it. 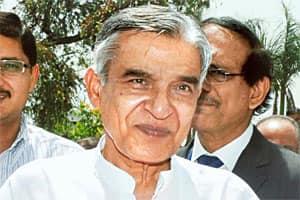 When the Indian Medical Council (Amendment) Bill that seeks to extend the term of the council’s board of governors until May 2013 after it expires this month was about to be passed, opposition Biju Janata Dal (BJD) member Tathagata Satpathy demanded a vote that the treasury benches tried to stall.

When M. Tambidurai, who was in the chair, called for a division of the votes, health minister Ghulam Nabi Azad went up to Samajwadi Party (SP) leader Mulayam Singh to explain the details of the Bill.

From the opposition benches, there were shouts that the government cannot lobby on the floor of the House.

As confusion persisted, TMC chief whip Kalyan Banerjee, who went out for a short while, returned to the House and was seen giving directions to the party’s members of Parliament MPs sitting inside the Lok Sabha to vote against the Bill.

With the SP and the BSP supporting the Bill, the government managed to get the legislation passed by a vote of 100-57.

TMC’s Sudip Bandhyopadhyay, minister of state for health and family affairs, was not present in the House. The BJD and the Left party members staged a walkout.

Outside the House, Kalyan Banerjee said his party was opposed to the parity that the Bill proposed between Ayurvedic practitioners and doctors with MBBS degrees.

Subrata Mukherjee, a former professor in Delhi University’s department of political science, said the incident was an example of the lack of floor coordination among the treasury benches.

“It shows non-seriousness from both the ruling party and the coalition partners over the legislative business," Mukherjee said. “Also, there should some things above the competing populism and sectoral interest."