Thanks for Visiting Mint
You seem to have an Ad Blocker on. Please turn it off in order to continue, or whitelist Mint
HOW TO TURN OFF AD BLOCKER
OR
REFRESH IF YOU ALREADY TURNED OFF THE AD BLOCKER
Home >Politics >Policy >Insurance firms to get cluster of districts

Insurance firms to get cluster of districts

The agriculture ministry will divide all districts of India into clusters and give it to insurance companies in order to make the Prime Minister’s Crop Insurance Scheme a success.

Between 15-20 districts will be clubbed together and given to one insurance company for providing crop insurance to farmers, agriculture minister Radha Mohan Singh said after the cabinet meeting in New Delhi.

The move can be beneficial from three key points of view—similar geographies will lead to similar weather and thus an identical claim pattern, second, it will be easier to track and pay the sum assured to farmers of a cluster, and third, there may be fewer chances of fraud—either by the insurance company or a farmer.

Singh said the government had evaluated different aspects of the scheme and thought that instead of awarding individual companies a district, a cluster of districts would be awarded. 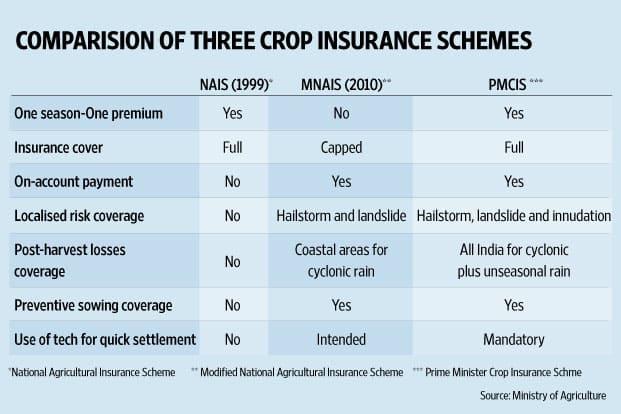 Singh said selection of insurance companies would be done through an open bidding system and his ministry is putting in place the details of the new scheme. The award of clusters will be for a “longer duration", the minister said, which means insurance companies may be allowed to serve a cluster for more than one crop season or one year.

An official with a state-owned insurance company said that a cluster approach will work well.

“There will be economies of scale for companies as insured farmers will be in a concentrated area. This will help an insurance company focus all its resources in one particular area. Instances of discrepancy between crops insured and the crop sown area can also be addressed easily. Claims assessment will also be easier as weather conditions will be similar. One will have to wait and watch for more details to understand what kind of premiums will be available under the scheme," the official said.

On the kind of business opportunity it offers to insurers, the official said it will eventually depend on the area covered under the insurance scheme over the years.

In the first year, the target is to insure 30% of the agriculture land, 40% in the second year and 50% in the third year. “Mitigation of risk against inclement weather and faster payout to farmers will be two key characteristics of the Prime Minister Crop insurance Scheme. This will take into account farmers’ worries from sowing of seeds to post harvest," urban development minister M. Venkaiah Naidu said.