New Delhi: As concerns mount over climate change and soaring energy costs, a government agency has proposed the creation of a fund that will boost energy efficiency in public buildings.

The fund is targeted at helping so-called energy servicing companies, or Escos, which provide solutions for improved energy efficiency in buildings, utilities and offices and whose profits are directly tied to the savings achieved.

Lack of access to finance has hurdled the growth of Escos, which offer assured performance and energy savings. “Sure, everyone talks about energy efficiency but really now it is a question of awareness and priority," said Saurabh Kumar, secretary for Bureau of Energy Efficiency (BEE).

Although the overall energy-efficiency investment market size under the model of performance contracts is estimated at a sizeable Rs14,000 crore, Escos find it difficult to source financing for such projects as banks are wary of advancing the mostly unsecured loans. The fund proposed by BEE will provide partial coverage of the risk for loans advanced by financial institutions to fund energy-efficiency projects. 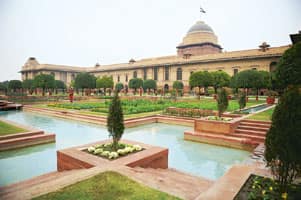 Green light: Rashtrapati Bhavan recovered all of its Rs50 lakh investment in energy-saving devices within a year. The planned fund will initially target government buildings as they have the highest payback. ( Eric Feferberg / AFP)

The estimated investment requirement in government offices is around Rs340 crore, with potential energy savings of 760kWh annually. Kumar said the fund will initially cover 50% of the buildings, since the number of Escos is limited.

The proposal says the fund, whose capital level is yet to be fixed, will cover 50% of the lending risk, with Escos bringing in at least 20% of the investment in equity or normal collateral. The fund will be created by the Power Finance Corp. Ltd and Rural Electrification Corp Ltd.

Kumar said the model has been hugely successful in Latin America and Eastern Europe. In India, the nascent sector has faced problems in gaining access to funds because Escos lack collateral security.

“Fair amount of the cost of a project is in processes, which the banks don’t recognize as collateral. Banks simply are not excited about it," said Shishir Athale of Sudnya Industrial Services Pvt. Ltd, which provides energy efficiency solutions to industries and buildings. Banks don’t have a problem lending to businesses that put up adequate collateral, said a banker who didn’t want to be identified. Lenders also advance money based on the expected returns of a borrower.

“Escos generally require a loan of four-six years duration," the banker said. “Banks study the risks associated with lending to Escos including the possibility that an Esco’s client may delay payment. The feeling among bankers is that existing Escos simply don’t have a business plan that is sound enough to withstand the risks bank study," he added.

Even though some banks have set aside separate funds for energy efficiency projects and are optimistic about the potential of Escos, the confidence in such projects has not improved.

“Where are the bankable projects? Typically, Escos’ business is seen as low-value add. The big boys have not yet begun to focus on it," said Somak Ghosh, president for corporate finance and development banking at the private-sector Yes Bank Ltd.