New Delhi: Tamil Nadu chief minister J. Jayalalithaa was asked on Tuesday by the Supreme Court to respond to a petition filed by the Central Bureau of Investigation (CBI) in a case involving her acceptance of large sums of money as gifts while holding the same post in 1992. 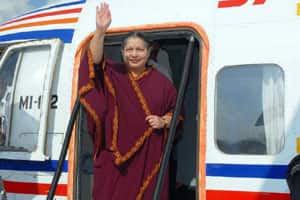 A case was registered against her over allegations that she received 89 demand drafts from 57 persons including a foreign payment of $300,000, amounting to about Rs2 crore, on the occasion of her birthday. Jayalalithaa is facing possible charges under the Prevention of Corruption Act on a complaint initiated by the Director General of Income Tax (Investigation), Chennai, in 1996. Jayalalitha had disclosed the gift amounts in her income tax returns.

Apart from Jayalalithaa, agriculture minister K.A. Sengottaiyan and former minister Azhagu Thirunavukkarasu were also accused in the case for abetment.