Bihar election 2015: How the numbers stack up

The Bihar assembly election results, to be declared on Sunday, will deliver the state’s verdict on the fiercely fought contest between the Narendra Modi-led National Democratic Alliance and the Grand Alliance led by Nitish Kumar.

The election will also test if development can offset the conventional caste matrix. The results will determine whether Kumar gets a third consecutive term as chief minister and whether Lalu Prasad of the RJD remains relevant in Bihar politics. 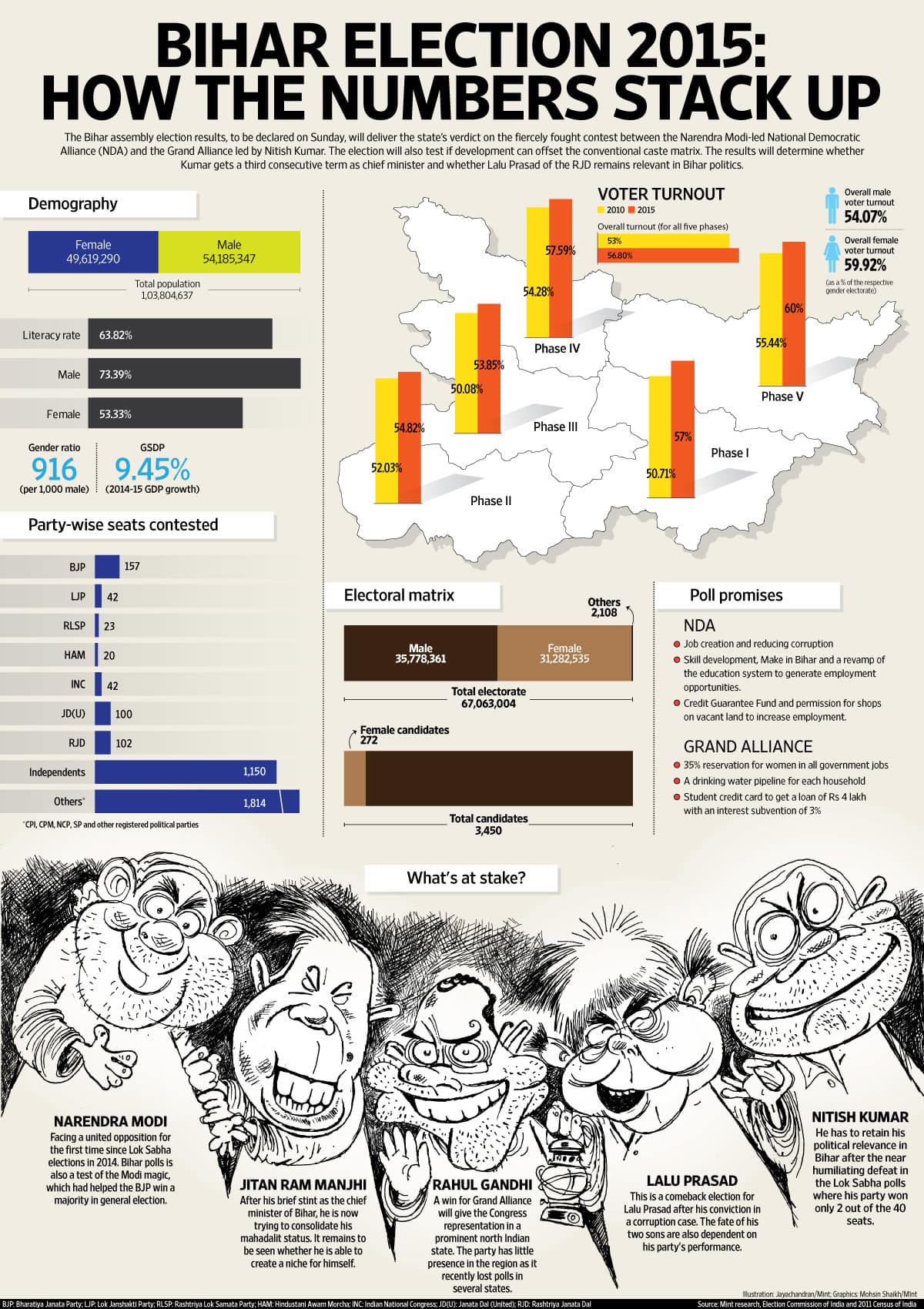