Bangalore: Hardanahalli Doddegowda Deve Gowda, 75, is, to many people, the face of coalition politics in India. In 1996, with a mere 17 members of Parliament in his party, he became the prime minister of the country, and held the office for close to 11 months. The focus of the one-time contractor from Karnataka’s Hassan district has always been his home state, Karnataka. During his term as prime minister, his opponents termed him the prime minister of Hassan, from where he is hoping to be re-elected to Parliament for the fifth time. Hassan goes to the polls on 30 April.

Like many non-Congress politicians of his vintage, Gowda started his political career with the Congress party. However, he soon left the party and in 1962, was elected to the state’s legislative assembly on an independent ticket. Around this time, he started gravitating towards the Janata Party.

In 1983, when the Janata Party emerged the single largest party in the 224-member Karnataka assembly with 95 seats, Gowda, who had by then acquired a reputation for being a good orator and a farmer’s leader, thought he would have a shot at becoming chief minister. That was not to be. It was the suave and smooth-talking Ramakrishna Hegde who became chief minister with the support of the Bharatiya Janata Party (BJP). Deve Gowda never forgave the late Hegde for that. Still Gowda survived that loss. Thirteen years later, he was prime minister of the country.

His biggest strength has been the backing of the Vokkaliga caste to which he belongs. The community accounts for around 14% of Karnataka’s 55-million population. In some ways, the patronage of this community has also been Gowda’s weakness. The Vokkaligas are spread over the southern part of Karnataka and Gowda has been waging a battle to build support in other parts of the state. He has wooed Muslims disillusioned with the Congress because they think the party sees them as a votebank and nothing else. He has also tried to exploit, to his advantage, resentment in the other backward classes category against the Edigas (toddy tappers) and Kurubas (shepherds) who have cornered most of the benefits meant for this grouping. And Gowda has always been a force to reckon with in the state.

In 2004, his Janata Dal (secular), or JD(S), won 58 seats in the 224-member assembly and Gowda was back in familiar territory as kingmaker. His son, H.D. Kumaraswamy, served as the state’s chief minister between January 2006 and October 2007. To be sure, Gowda does seem to have misplayed his hand by breaking off with the BJP; his party ended up with only 28 representatives in the assembly in the 2008 elections. 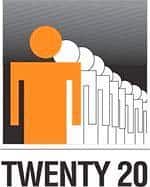 Still, while equidistance from the BJP and the Congress is a mantra that Gowda chants often, the JD(S) does seem to have some sort of understanding with the Congress and has either not put up candidates or has asked them to retire in nine of the state’s 28 Lok Sabha constituencies in favour of the Congress. “We don’t have adequate funds to put up candidates in all the constituencies," says Kumaraswamy. The alliance hasn’t gone unnoticed by Karnataka chief minister B.S. Yeddyurappa of the BJP. “They [Congress and JD(S)] pretend to be adversaries but are, in fact, fighting against the BJP through a secret understanding. However, I am confident that the people of the state will stand by my party." In the 2004 Lok Sabha elections, the BJP won 18 of the 28 seats in the state. “Why is the BJP worried about any arrangements we have?" asks former chief minister of Karnataka and Congressman S.M. Krishna. “Secular forces [read Congress and JD(S)] might join hands to defeat communal forces."

Gowda is probably fighting the last major battle of his long and chequered political career. He tirelessly strategizes with family members and a close set of advisers. Several confidants, including S. Siddaramiah, P.G.R. Sindhia and M.P. Prakash, have deserted the JD(S), accusing him of nepotism, but Gowda gamely soldiers on. “For Gowda, politics is about I, me and myself. Out of power, there is nobody who is more humble than Deve Gowda and in power there is nobody more arrogant than him," says a former associate who is now with the BJP and does not want to be identified. Still, “he speaks for a section of the society, and as long as he has their backing, (he) will be a force to reckon with".