Home >Politics >News >Will the Sethu channel be a security risk?

Will the Sethu channel be a security risk?

Will the Sethu channel be a security risk?

Out of the 116 pages of a government report devoted to the controversial Adam’s Bridge, just one dwells on the national security implications of dredging the coral walkway between India and Sri Lanka.

In a report it was convened to write, the committee of eminent persons, as it is known, says the threat of the Liberation Tigers of Tamil Eelam (LTTE)—a separatist group in Sri Lanka that was behind the assassination of former prime minister Rajiv Gandhi—has been “blown out of proportion" and that the group will not “launch any misadventure against the mighty Indian Navy." 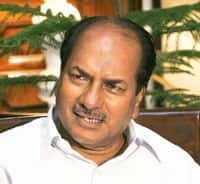 On Tuesday, defence minister A.K. Antony warned of the danger of terror attacks from the sea in the region and called for greater international vigil to ward off these threats

Two recent developments might force India to reconsider its Indian Ocean strategy and the committee’s complacency. First, security experts note that terrorist organizations are allying with pirates, and turning their attention to narrow strait channels, where ships are most vulnerable. Further, China has been aligning itself with the Sri Lankan government, providing arms and weapons to solidify a partnership with India’s southern neighbour.

Under the Rs2,600 crore Sethusamudram project, shared waters between India and Sri Lanka would be open-ed up by dredging the coral bridge between the two countries. The channel would shorten shipping times and distances for vessels going around India. But the project has been at the centre of controversy because many Hindus believe the Hindu king, Ram, built the walkway.

Members of the committee of eminent persons say they cannot answer any questions before getting the government’s clearance. “We have just given our word not to talk about it. The government will tell us know when it is okay to talk," one member said, under the condition of anonymity. Calls to the office of shipping minister T.R. Baalu, who is overseeing the project, were not returned.

In September, as key litigant and Janata Party leader Subramanian Swamy raised questions about the project’s economic, environmental, security and cultural viability, the Supreme Court demanded answers from the government on a few key questions: Why was the current channel alignment chosen out of six alternatives? What was the cultural significance of the Adam’s Bridge?

In response, the government formed the 10-member committee to examine the matter. In November, the committee conducted hearings that were advertised as “public hearings", but were actually closed to the public. Its report, which forms the basis of the government’s latest affidavit and has not yet been released to the public, was reviewed by Mint.

Though the committee says there is no “major" threat to India from the LTTE, analysts say it cannot be underplayed, given new global realities.

Colonel R. Hariharan, who writes for the think tank South Asian Analysis Group on security, says the threat to the cha-nnel need not come only from the the naval wing of the LTTE, known as the Sea Tigers.

“It could come from the LTTE itself. All it needs to do is to scuttle one of the ships transiting the canal at a vulnerable point through sabotage or mine attack. A suicide boat can carry out a rocket attack," he said. The attack could choke the channel for months. “So, it need not be a ‘major threat’, but choking and blocking the traffic on the canal," he said.

Besides the LTTE, analysts say there are other concerns of how terrorism and geopolitics can combine to wreak havoc at sea—an area of concern also left untouched by the report.

On Tuesday, defence minister A.K. Antony warned of the danger of terror attacks from the sea in the region and called for greater international vigil to ward off these threats, while inaugurating the International Maritime Search and Rescue Conference in New Delhi. The minister said the region already faces perils from pirates and the could further be threatened by terrorists and transnational criminals.

Such alliances will transform the nature of naval warfare, pitting conventional naval forces against terrorist groups, often in the narrow seaways of the world, Lt Gen. V.R. Raghavan and Lawrence S. Prabhakar wrote in their book Maritime Security in the Indian Ocean Region.

Narrow seaways, such as the Straits of Hormuz—a 46km-wide channel connecting the Gulf of Oman and the Persian Gulf between Iran and the United Arab Emirates—are especially vulnerable because nearly a third of the world’s oil goes through this route. “It is one of the most important strategic choke-points. A single attack can cause havoc with energy supply in the world," said H. Balakrishnan, a former naval officer.

At its narrowest and most vulnerable point, the Sethusamudram channel will be 300m wide—a fraction of Hormuz.

Meanwhile, the number of attacks on ships is steadily increasing, reports the International Maritime Bureau (IMB) in its annual report, growing to 263 attacks worldwide last year—10% more than the year before.

“Terrorists want to attack ships plying through narrow straits. Something that can close the channel down for months. Since the Sethu-samudram channel project is creating another narrow channel through the Palk Strait, it can be a potential target and is bound to interest terrorist organizations," said B. Raman, former head of counter terrorism at India’s intelligence agency, the Research and Analysis Wing.

Another concern is that no security analysis was done before the project was launched and the concerns of the navy and coast guard were raised in the media. The report simply says, “No major scientific study based on threat matrix is available to discourage the construction of the channel."

Experts say China’s recent overtures to Sri Lanka throw another threat into the mix. This week, The New York Times reported that China was making “artful moves in India’s backyard" and that China has started building road-and-port connections in India’s neighbouring countries, with an eye on securing a role in the Indian Ocean. “Its thirst for natural resources makes it more important to secure the sea lanes," the article said.

Chinese president Hu Jintao has repeatedly said the two countries have long-standing economic and cultural bilateral links, and has encouraged Chinese enterprises to invest in Sri Lanka in transportation, power and communication.

Sri Lanka and China also are jointly securing energy interests in the Indian Ocean region as well—the two nations inked an oil exploration business at Hambantota port in Sri Lanka, while China will give $1 billion (Rs4,050 crore) to the war-torn island nation to help it buy oil from Iran.

Litigant Swamy said that it did not seem that any security study was done at all to see what all these pieces mean. “It seems the navy and coast guard were simply bypassed while approving this project," he said. “Why else will they raise security concerns now?"