How social media reacted to political developments in the run-up to the Delhi assembly elections. 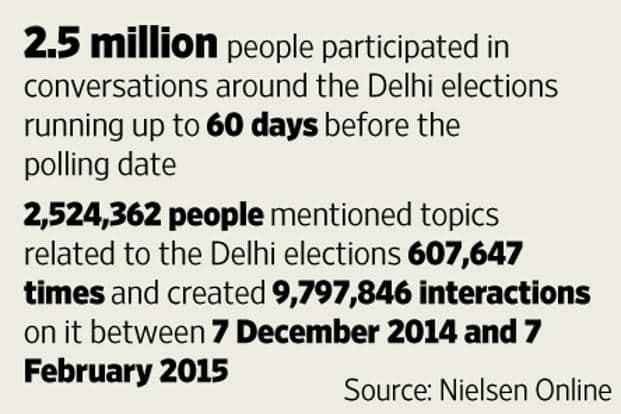 Who had the most social media buzz?

AAP and Arvind Kejriwal held a combined buzz of 49%.

BJP and Kiran Bedi received 40% of all mentions while Congress and Ajay Maken received a paltry 11%. Mentions about Kejriwal inflected after Bedi was announced as BJP’s candidate; they never went down to pre-20 January levels. 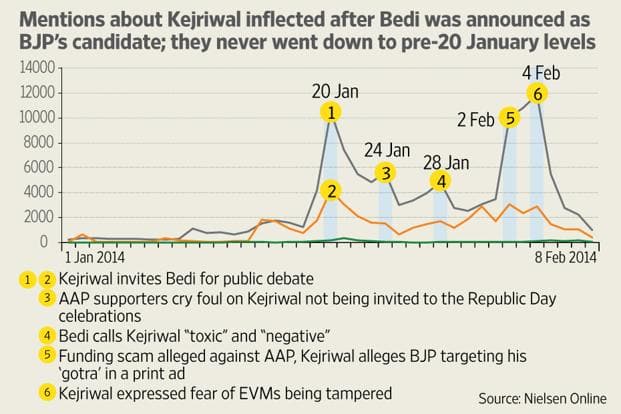 Half of the buzz around Delhi elections came from outside Delhi

Maharashtra was the second largest contributor, contributing 25% of the buzz; most of it coming from Mumbai.

There are 12.5 million Internet users in Delhi and 16.4 million in Mumbai. 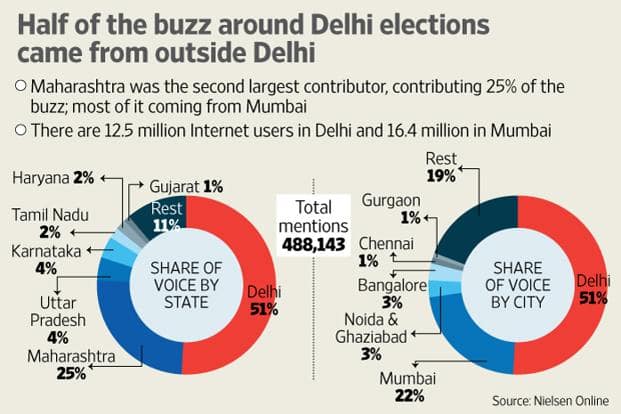