Athens: Former Greek prime minister Lucas Papademos warned Greece may run out of money by the end of June if international bailout funds are cut off following next month’s election, a newspaper reported Sunday.

“From late June onwards, the ability of the government to fund its obligations fully depends on the approval of the subsequent installments of loans from the EFSF and the IMF," To Vima newspaper quoted Papademos as saying in a leaked memo. 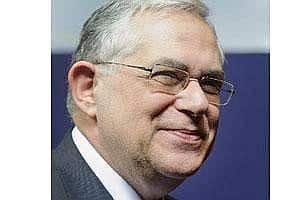 Centre-left To Vima said Papademos made the warning in a memo to President Carolos Papoulias dated 11 May that was then circulated to party leaders as they tried to form a coalition after an inconclusive 6 May vote.

Greece in 2010 committed itself to a reform programme in return for hundreds of billions of euros (dollars) in bailout funds from the the European Union bailout fund EFSF and the International Monetary Fund.

On 6 May voters weary with salary cuts and other austerity measures handed second place to radical left-wing party Syriza, which has threatened to renege on the bailout accords.

If Greece broke the terms of the deal and forfeited its bailout funds, it would likely default on its debts and may leave the euro zone.

Ahead of a new election on 17 June, Syriza has led at times in the opinion polls, but a series of polls published Sunday indicated conservative party New Democracy was favourite to win.

The new surveys by five separate polling groups predict a New Democracy victory ranging between 23.3% and 25.8%, a result that would still require the party to seek additional allies to form a viable government.

Syriza polled in second place ahead of the socialist former ruling party Pasok, which like New Democracy defends the bailout agreement.

New Democracy, part of the previous ruling coalition that signed on to the bailout deal, has said it will seek to renegotiate parts of the package but not scrap it completely.