India to continue with Vietnam block

India to continue with Vietnam block

New Delhi: State-owned ONGC Videsh Ltd (OVL) will continue exploration activities in the South China Sea hydrocarbon block No. 128 for another two years, potentially bolstering Vietnam’s case in its dispute with China over the waters. Such an approach will also assert India’s presence in the region.

The Indian Express newspaper reported on Tuesday that China had put the block up for global bidding. The report also mentioned that the move “has put Delhi in a spot as Vietnam is keen that India does not vacate this block". 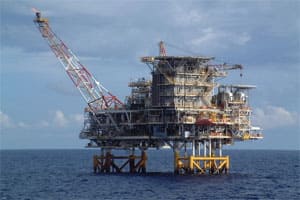 “Since we found nothing significant in the block No. 128, we told the Vietnam government that we are surrendering the block. They told us to put two more years in the blocks and gave us additional data to improve the prospectivity in the block. We are studying the data. The decision has been good for us as there is no additional responsibility. The two-year period has started and OVL will continue in the block," said a top OVL executive on condition of anonymity.

Mint’s queries to an OVL spokesperson and the Chinese embassy remained unanswered till press time.

A ministry of external affairs spokesperson said that the ministry has no immediate comment to offer.

China, which disputes sovereignty over the waters with Vietnam, had earlier objected to the presence of an Indian vessel surveying the area. China and Vietnam are among many countries that hold competing claims over the South China Sea and the islands in its waters. In June last year, tension flared between China and Vietnam over the Spratly and Paracel islands, following clashes between boats of the two nations.

Despite Chinese objections to India-Vietnam energy cooperation in the disputed South China Sea, the latter two nations had in October last year signed a pact to expand their partnership in oil and gas exploration, refining, transportation and supply during Vietnamese President Truong Tan Sang’s visit to India.

OVL is the only company among Indian state-owned firms producing assets overseas. It has a presence in 15 countries through participation in 33 projects and has proven balance of oil and gas reserves of 202.908 million tonnes. With India importing more than 80% of its energy needs, state-owned firms have been scouting overseas for securing assets and have invested ₹ 64,832.35 crore in the effort. This push has pitted the country against China in a race for the world’s resources. This competition for resources has, in turn, raised prices for the assets of both Indian and Chinese firms.

China and India will be the world’s largest and third-largest economies and energy consumers by 2030, respectively, jointly accounting for about 35% of the global population, gross domestic product and energy demand, according to the BP Energy Outlook 2030.