New Delhi: The ministry of home affairs (MHA) was asked on Friday by a Delhi court to get its summonses served to various foreign-based social networking websites, including Facebook and Google, accused of promoting class enmity and undermining the national integrity.

The court asked MHA that the summonses issued against the websites should be returnable by 22 September. “Let the accused (social networking websites) be summoned through the assistance of the MHA, Government of India. The summonses shall be returnable on September 22," metropolitan magistrate Jay Thareja said. 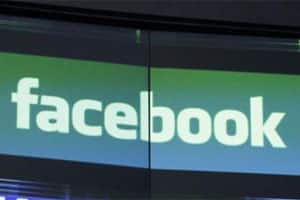 “In view of the statement made by the advocate for the complainant, the complaint is dismissed against accused Exbii and Shyni Blog," the magistrate said.

The court, on the last date of hearing, had told Rai to come out with the modalities of serving the summonses to the foreign-based websites. As the day’s proceedings began, advocate Tripathi said they could send the summonses served to the websites through courier service.

Senior advocate Siddharth Luthra, who appeared for Facebook India, said as per 2009 guidelines of the MHA, the summons are required to be sent to foreign countries through the ministry and the process will take at least 12 weeks time.

The court also said it wants to segregate the cases of the websites as it would lead to a trial which will go on for long. Earlier, the court had given a Union law ministry’s circular, dealing with the service of process in foreign countries, to Rai’s counsel.

According to the circular, Process Forward International is an agency authorized by the Central Authority, USA to receive the summons/notices under Hague Convention of 1956 and as per it, the central authorities in Canada are charging a cost of $50 for the process of service. The Centre had earlier told the court that there was sufficient material to proceed against the social networking sites for the alleged offences.

The court had on 23 December last year issued summons to 21 social networking websites for allegedly committing offences of criminal conspiracy, sale of obscene books and objects to young persons.