New Delhi: A majority of the respondents to an InstaVaani poll said they think television news coverage is biased and tends to sensationalize relatively less important issues. 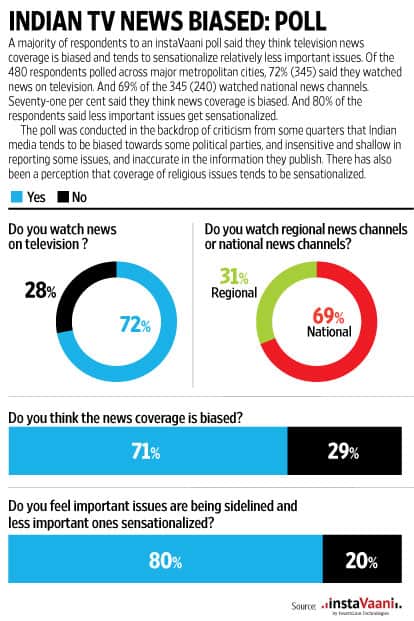 Seventy-one per cent said they think news coverage is biased. And 80% of the respondents said less important issues get sensationalized.

The poll was conducted in the backdrop of criticism from some quarters that Indian media tends to be biased towards some political parties, insensitive and shallow in reporting some issues, and inaccurate in the information it publishes.

There has also been a perception that coverage of religious issues tends to be sensationalized.