Hyderabad: The Central Electricity Authority (CEA) has said no new gas-based power plants will be set up in the country till 2015-16, as the natural gas output is expected to fall considerably. The CEA in a letter to states indicated that as per ministry of petroleum and natural gas reports India’s natural gas production is likely to fall by 35% to 27.64 million metric standard cubic meters per day (mmscd) in the next fiscal and may further dip by another 12% to 24.22 mmscmd in 2013-14.

The power producers woes may worsen across the country as some of the plants are ready but sitting idle due to non- availability of gas. A power ministry official, who confirmed the letter to states, said the embargo may not have any impact on the 12th Five-Year Plan (2012-17) capacity additions as it was only little above 1000 mw that was targeted for gas-based power. 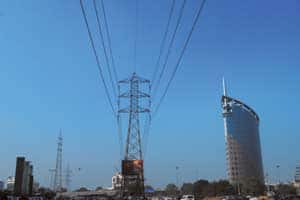 “It is evident from the above that no additional domestic gas is likely to be available until 2015-16. Hence developers are advised not to plan projects based on domestic gas till 2015-16. When MoP&NG indicates availability of gas, developers will be intimated," the CEA letter dated 19 March said.

A senior official of GVK Power earlier said the government had asked them to put off their expansion plans until a clear picture emerges on gas availability. GVK had to postpone expansion plans of two of its gas- based power projects indefinitely due to non-availability of gas from KG-Basin D-6.

The power ministry official mentioned that the embargo will not be applicable for those power projects planned on imported LNG. “The gas supply has already been tied up for the 12th Plan power projects. So this will not have any impact on them. We have included only three gas-based plants in the 12th Plan," the bureaucrat said.

When contacted, a senior executive of a corporate which is actively setting up power projects across the country, said they are hopeful that the Pulok Chatterjee committee, appointed by Prime Minister Manmohan Singh, will come out with some solution to the problem. Singh, in January, constituted a Committee of Secretaries headed by Chatterjee, principal secretary to the PM, to look into issues impacting the power sector.

Private power producers had sought allocation of gas for all projects recommended by the Power Ministry - 25 mmcmd for a capacity of 6,500 MW apart from assurance of supply for remaining plants that would be completed in 2012-13