Stars of the Summit

Stars of the Summit

STAR AWARD | Fossil of the Day Speaking out: Members of advocacy group Avaaz.org hold a banner for the ‘Fossil of the Day Award’ they gave to the US for the second day in a row in front of the White House in Washington on Tuesday. Nicholas Kamm / AFP

These sarcastic, deeply analytical and immensely popular daily awards ( www.fossiloftheday.com ) are given to countries that—in the organizers’ view—stall progress at Copenhagen.

Organized by Avaaz.org and the Climate Action Network, the daily ceremonies attract a sea of booing young people (they boo the awardees), executives and diplomats weary with the day’s negotiations and a massive online audience.

They have been bang-on. After promising an emission cut, the world has found out that Canadian emissions will actually grow 37% by 2020.

The future: With 3.5 million members— and a name that means “voice" in many languages—Avaaz.org has grown into a truly global advocacy group.

Among its founders are Indian-American Ricken Patel, an Aussie entrepreneur and a US Congressman. With young people streaming towards climate causes, Avaaz will flourish.

“Avaaz.org is a new global Web movement with a simple democratic mission: To close the gap between the world we have and the world most people everywhere want." 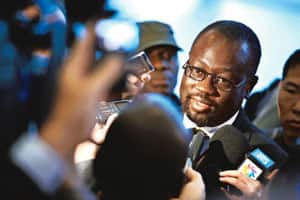 Maximum impact: As spokesperson of the Group of 77 developing nations plus China, Sudanese diplomat Lumumba Di-Aping is the negotiator at the climate change negotiations for the most people on earth. Claus Bjoern Larsen / AP

The future: Aping’s dramatics were one reason for a flood of popular sympathy for Africa, which activists from across the globe made a rallying cry. He will continue to keep the pressure on the West as the real negotiations for a treaty get pushed to Mexico in 2010. “Ten billion dollars for climate change may be an inducement for some countries. It is not enough to buy coffins for everyone who will die because of climate change in Africa. I would rather burn myself than accepting these peanuts," Lumumba Stanislaus Di-Aping has said. 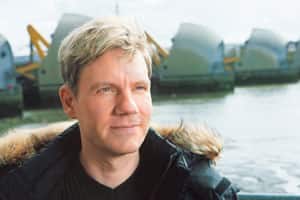 So the playstation addict and author of two books (“Have you played Uncharted2?" he asks an ‘HT’ reporter, who hasn’t) roams freely through the highly restricted 1,100-seat media centre, pursued for interviews.

Lomborg’s USP: Using the services of economists and Nobel laureates, he advocates a move from spending money on global warming. “It simply does not make economic sense," he says to using radical technology-based solutions.

The future: Some of Lomborg’s fixes sound like science fiction — whitening clouds so they reflect more sunlight back into space — but he merely collates and commissions what is done by solid scientists. Some say he understates the risks and costs of climate change and overstates the costs of preventive action. ‘The Guardian’ said he was one of the 50 people who could save the planet. Either way, you’re going to hear a lot from Lomborg. The future: Pachauri took over only last year as earth’s chief climate spokesman. Former US vice president and green campaigner Al Gore once accused him of being soft on the US, a view that Gore later rescinded. Pachauri is going to play a pivotal role at the next climate talks in Mexico and beyond.

“Science has given negotiators the mandate to decide the future of humanity. They cannot fail," according to Pachauri. Keeping afloat: Activists hold a demonstration in support of the the South Sea island of Tuvalu as delegates arrive for a meeting on 9 December. Bob Strong /Reuters

The future: It may not have one, unless the world quickly agrees on a hardline emission cut. Tuvalu’s 12,000 citizens live on a number of islands, none of which is more than 5m above sea level. Even if the world agrees to hold the global temperature rise to 2 degrees Celsius by 2050, it may be too late for Tuvalu.

"We are facing an emergency, a planetary emergency that affects everyone but first and foremost the small island states," said Dessima Williams, chair of Aosis. It’s a picture that no one can dispute: That global warming and its effects appear to be accelerating. She’s urged that negotiating teams from rich and poor countries discard previously held stands and treaties (including the gold standard, the 1997 Kyoto Protocol), and forge a new deal. In her hurry to push change, and often do it without wide consultation, she has invited deep criticism from the poorest countries and created innumerable fissures in multiple nation blocs. Indian negotiators often express their disquiet with her methods. Team Connie’s defence is that it’s impossible to build an agreement in 12 days by consulting 196 countries individually.

The future: She resigned on Wednesday as formal head of the conference, sending many into a frenzy of speculation if she had stepped down because of criticism. It was only a procedural move to allow her Prime Minister to host heads of state who now take centre stage over the last 48 hours of COP15.

Connie, as the Danes, like to call her, isn’t going anywhere.

“In the next three days, we have a unique chance. We can choose between fame and shame. We can favour action over stalemate. So, let’s walk those last steps! Let’s get it done! Let’s make history!" says Connie Hedegaard. 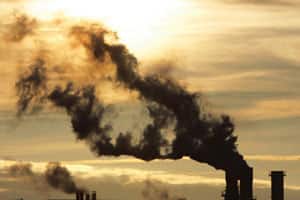 The base year is important. If 2009 were to be used as the base year, there are only 23 years left for the world’s carbon budget to run out.

The future: It could work. The lead scientists from Germany and China advise their governments on climate negotiations, and hope the idea can be put on the negotiating table in 2010. It’s too late for Copenhagen.

“We have presented this to the Chinese government, and it gives no preference to us, but it is the only way," said Pan Jiahua, director, Institute for Urban and Environmental Studies, Beijing. Stop deforestation: A woman cycles past a tree stump which is part of the Ghost Forest Exhibition in front of the Danish parliament. Pawel Kopczynski/Reuters

The future: REDD is the best hope to save the world from its relentless pace of deforestation. It was the one thing 192 countries could agree on.

They will probably settle for funding through carbon markets (which the West wants) and through direct transfers (which the developing world wants). By Friday, we should know.

“REDD is not an extra mitigation option. It is an essential strategy to reduce (global) emissions," according to Stewart Maginnis, International Union for Conservation of Nature. 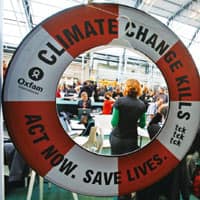 Why: Little known previously outside advocacy circles, this alliance of nearly 500 non-governmental organizations working on climate change has emerged as a strong, opinionated watchdog. With multiple sources and deep knowledge of economic and political policy, it has provided the world’s media with rare insights into what was happening inside the negotiating rooms in the cavernous Bella Centre in Copenhagen, a former garbage dump turned convention centre. Quick on the newsbreak and faster with lightning-quick protests on contentious moves, CAN, as it is popularly called, was a nettlesome presence at the meet for negotiators (particularly from the West) and the security personnel. Whether you agree on its views or not, on its website (‘www.climatenetwork.org’), you can find all the policy documents and studies you need for a deep understanding of climate change.

The future: CAN has a global spread, and its relentless striving for what it calls a FAB (fair, ambitious and binding) climate deal is only set to increase. Its focus will be what it calls the “gigatonnes gap", the distance between emission reductions currently on the table and the challenge of holding global temperatures to 2 degrees Celsius or lower.