Mumbai / New Delhi: India’s monetary policy should be more aggressive than it has been until now to counter financial shocks, said Arvind Virmani, chief economic adviser at the Union finance ministry. 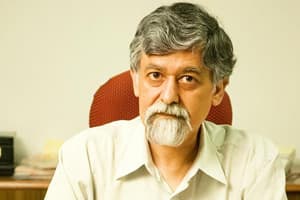 Growth is expected to slow to as little as 7% this year compared with about 9% in the last four years.

To counter the slowdown and revive demand, the central bank on 6 December lowered its benchmark repurchase rate to 6.5% from 7.5%, the third cut since October.

The following day, the government announced a $4 billion (Rs18,920 crore) stimulus package, including cutting taxes on consumer goods such as cars, televisions, motorbikes and others.

India’s inflation slowed to a seven-month low of 8% in the week to 29 November from a year earlier after gaining 8.4% in the previous week, making it more likely the central bank will add to three interest-rate cuts in less than two months to shore up a slowing economy.