Mysore: The Central Food Technological Research Institute (CFTRI) is in Cheluvamba Vilas, a palace built in 1910-11 by the Mysore maharajas whose grounds are spread over 150 acres of verdant greenery. 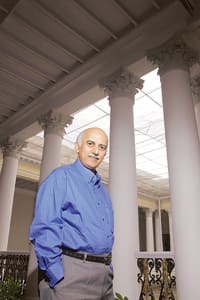 Palatial it may be, but it wants to cater to the palate of the plebeian by providing nutritionally enhanced products, some 10 of those this year alone. “The idea is to use the active compounds from traditionally known plants and spices in the right concentration in everyday foods so that they become a part of Indian diet," says V. Prakash, director.

The food institute is one of the 38 Council of Scientific and Industrial Research labs in India.

The institute is working on several innovations in food technology, such as using Garcenia cambogia instead of tamarind in sambhar powder, the spicy assortment used in the south Indian curry. Garcenia not only tastes like tamarind but is also used in traditional Indian medicine to reduce cholesterol and body weight (through appetite control), besides having other benefits.

Similarly, the institute is trying to add nutrients to jaggery. “We are trying to see if we can add iron, calcium, ascorbic acid or even beta carotene (extracted from mango peels) to jaggery and make it beneficial for the common people," says Prakash.

To the existing panoply of jam and squash flavours, the institute wants to add pomegranate, with all its known antioxidant, anti-osteoarthritis, and several other properties. Even the ubiquitous Indian snack biscuit will have increased levels of protein. “The best of biscuits today have 4% protein, our biscuits will have 20% protein," he adds.

Within the next eight months, the institute expects to be ready with a package of health oils, a combination of three-four edible oils, with specific labelling for salads, high temperature or repeat cooking. “It’ll be a good contribution to society, where confusion prevails over the choice of the right cooking oil and randomly mixed oils are being sold in the market," he says.

These technologies may sound exciting, but a lot would depend on industry opting for technology transfer and how the food safety regulations are implemented. While the institute works closely with the small- and medium-scale industries, Prakash admits that “the industry at large often wants the technology free," perhaps one of the reasons why Indian processed food industry is still nascent.

Most food technology institutions believe that the industry needs to aggressively opt for technology transfer. H.N. Mishra, professor of food technology at the Indian Institute of Technology, Kharagpur, says the industry does not want to take up challenges. “No educational or research institution can spend so much money to scale up lab technology. The industry should be willing to spend some money towards commercialization of technologies," adds Prof. Mishra. Of some 15 products developed at his lab at IIT, he has been able to transfer just a few to the industry.

Prof. Mishra, however, thinks the market is changing and with the new Food Safety Authority, expected to be in place before the end of the current fiscal, the industry would be more interested.

So is the institute, in fabrication of user-friendly small equipment at the kitchen level as well as “the cottage and tiny level". With an average of “one patent and one research paper in three days, three technology transfers (for products) and one PhD in a week," according to Prakash, this lab intends to make a difference to India’s food intake. This year, Prakash will assume two important positions—president of the Nutrition Society of India in April and of the International Academy of Food Science and Technology in October.