2015 not a breakout year for Make in India

Rs15 trillion in investment may have been proposed during the Make in India week, but govt data on two measurable actions related to setting up new units shows 2015 was not a breakout year

From pledges to proposals to projects is a long journey. In September 2014, Prime Minister Narendra Modi made the call to manufacturers to ‘Make in India’. While companies are publicly expressing greater belief in this idea of India as a preferred manufacturing location, backing it with investment pledges to the tune of ₹ 15 trillion during the Make in India week earlier this month, government data on two measurable actions related to setting up new industrial units shows 2015 was not a breakout year.

OVERALL | According to various metrics proposed or implemented, the numbers in 2015, the first full year of the ‘Make in India’ campaign, dipped marginally or stayed flat over the average of the previous years. BY INDUSTRY | Ten industries accounted for 65% of the projects implemented. Among these, textiles and food processing registered notable gains, while metallurgical industries and chemicals, other than fetilizers, took a hit. 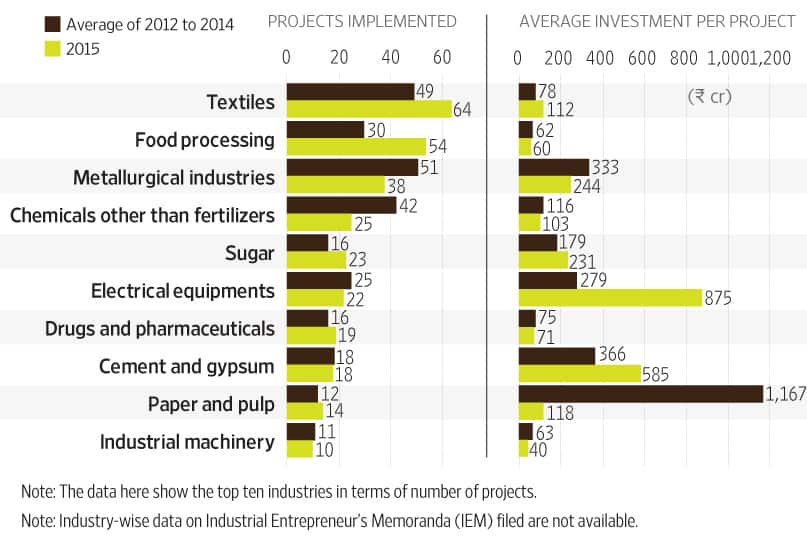 BY STATE | Ten states accounted for 80% of the projects proposed. Among these, only Chhattisgarh showed a surge in proposals, though not in value terms. On the implementation front, four the 10 states showed a jump, namely Madhya Pradesh, Andhra Pradesh, Karnataka and Rajasthan. 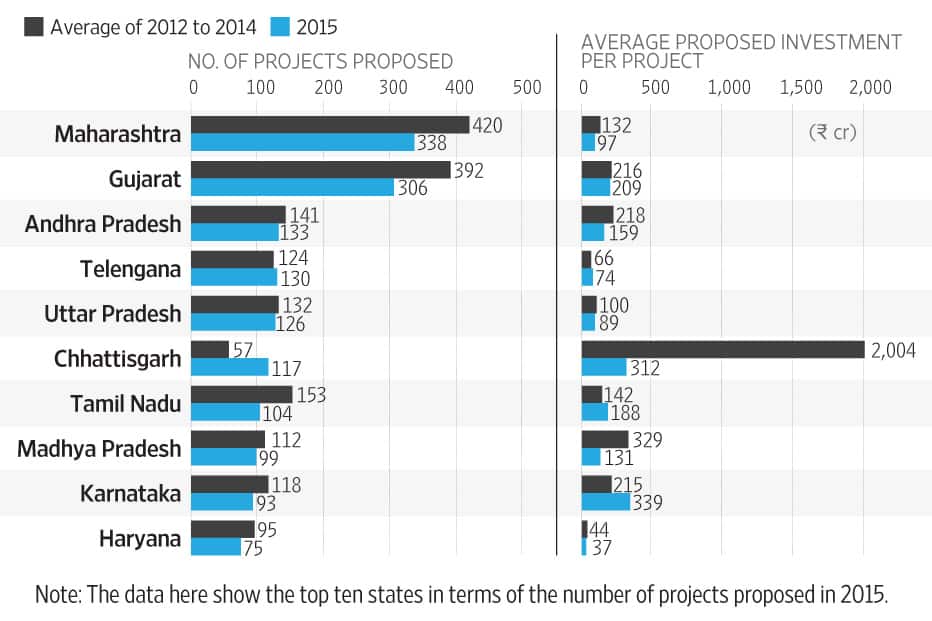 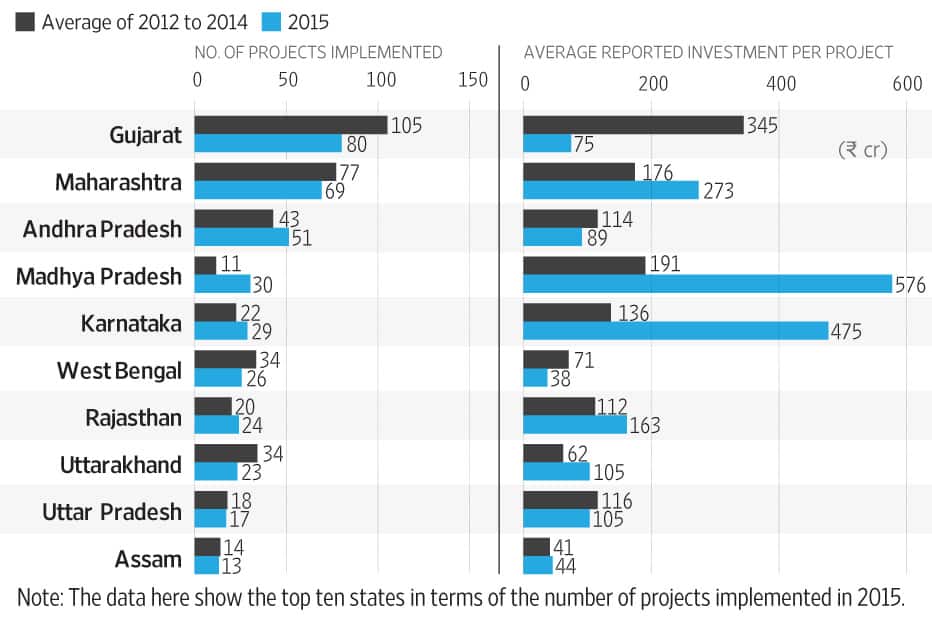