An OECD report shows that outdoor air pollution could cause six to nine million premature deaths a year by 2060 and cost 1% of GDP annually, if action is not taken by countries

A report released on Thursday by Organisation for Economic Co-operation and Development (OECD) reveals that outdoor air pollution could cause six to nine million premature deaths a year by 2060 and cost 1% of global gross domestic product (GDP) annually, if action is not taken by countries.

Alarmingly, the projections show that India, China, Korea and Central Asian countries will see the highest rises in mortality rates from air pollution by 2060. The report forecasts that premature death rates will be up to four times higher in 2060 in India than in 2010, and three times higher in China. 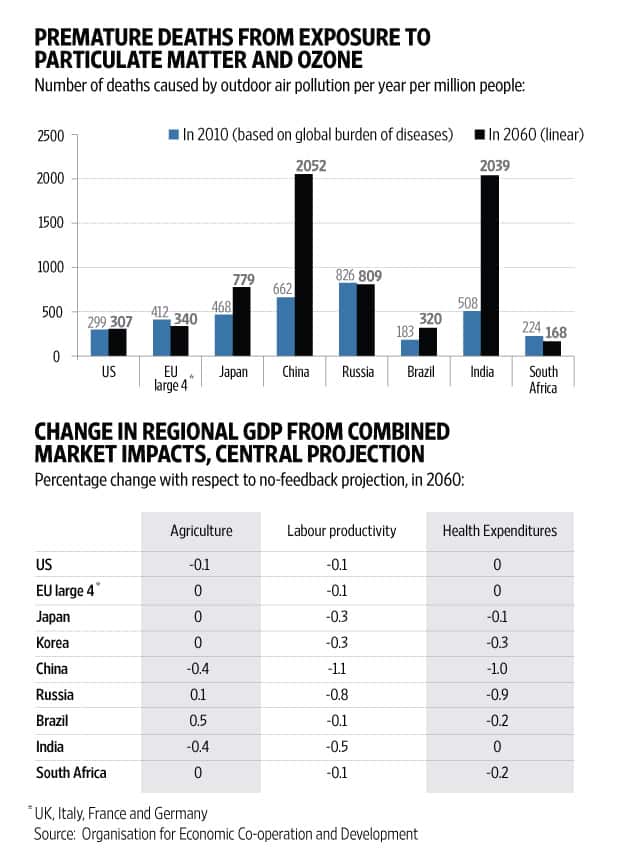 Projected GDP losses will also be highest in China, Russia, India, and Korea as health costs and lower labour productivity hit output. In United States and Western Europe, death rates are projected to stabilize and fall respectively due to efforts towards cleaner energy and transport.