Around 40 lakh people left out of Assam NRC

Ample opportunity will be given to every person who wishes to file any objection in the draft Assam National Register of Citizens, says Registrar General of India Shailesh

Guwahati: Assam released the final draft of the National Register of Citizens (NRC) on Monday with 2.89 crore applicants making it to the list out of 3.29 crore applicants, leaving out 40.07 lakh people. “Today’s is only a draft NRC and not the final. There will be a process of claims and objections beginning 30 August whereby ample opportunity will be given to every person who wishes to file any objection in the draft NRC," said Shailesh, registrar general of India (RGI). 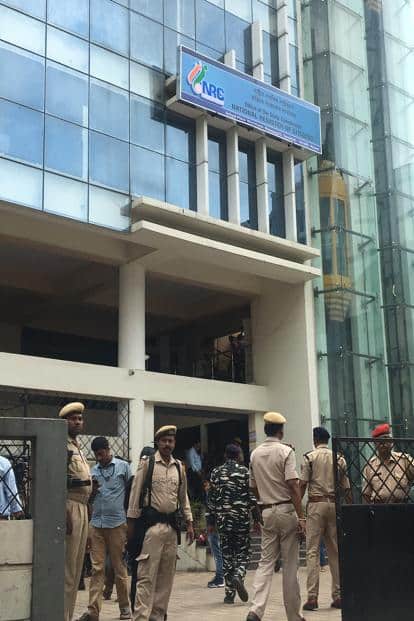 The state government also added that there was no need for people to panic.

“The exercise of the NRC is unprecedented and it is a legal process under the Citizenship Act, 1955. Adequate opportunity had been given to all applicants who had submitted their applications in 2015. This is a draft and people should wait for the final version. Till then the status quo of a person remains," Shailesh added.

The enumeration process would provide sufficient and adequate opportunity to anyone who was a genuine Indian citizen but could not submit his documents, he pointed out.

Assam had conducted a census in 2011 and the exercise of claims and objections had to be carefully carried out since it would decide whether or not an applicant would make it to the list, Shailesh said. However, the state will not make the reasons of rejection public.

Senior state police officials told Mint that state as well as central forces had been roped in to keep any violence in check. “There is no reason for any outbreak of violence. We have divided Guwahati into eight zones to keep a vigil. Additional teams of state and central paramilitary troops have been deployed all over the state and, if needed, the police headquarters will deploy more forces," said Hiren Chandra Nath, commissioner of police (Guwahati).

The Centre, once again reiterated that the people would not be designated as “foreigners". “This must be treated as a draft and from now onwards the process of claims will start. The Centre wants to state that this process has reached the draft stage today and there is no question of people being sent to foreigner tribunal or detention centre. This has been reiterated by Union Home Minister Rajnath Singh. Law and order must be maintained at any cost in the follow-up to this draft. If anyone creates any trouble, they will be sternly dealt with," said Satyendra Garg, joint secretary (Northeast) in the Union home ministry.

Union Home Minister Rajnath Singh, in a statement, said that people whose names had been omitted from the draft, would be given ample opportunity to file their claims.

“I want to emphatically say that this is only a draft and not the final NRC. Everyone will have full opportunity to file Claims and Objections as per provision in law. Only after the disposal of claims and objections, the final NRC will be published. I want to clarify that even after the final NRC, every person will get an opportunity to approach the foreigners tribunal," Singh said.

“This means that even those whose names do not figure in the Final NRC will get an opportunity to approach the Tribunal. There is no question of any coercive action against anyone."