CERC can revise tariff for utilities selling power to states

CERC can revise tariff for utilities selling power to states

Ahmedabad: Tariff of utilities that sell electricity to more than one state can be regulated by India’s power sector regulator, attorney general G.E. Vahanvati has said.

Vahanvati was responding to the Forum of Regulators, a statutory body of central and state electricity watchdogs, which had sought legal opinion on tariffs.

Adani Power Ltd had approached the Central Electricity Regulatory Commission (CERC) last month to consider a rise in its power tariff after customers declined to pay higher rates for power generated from its imported coal-based power plant in Mundra, Gujarat.

The next hearing on the matter is slated for Tuesday.

The forum had sought legal opinion on a few tariff-related issues, including the appropriate regulator to settle issues for companies that have signed power purchase pacts with multiple states. 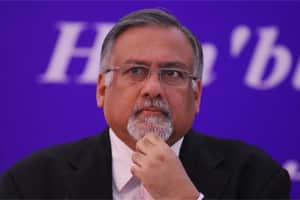 Attorney general G.E. Vahanvati. He said recently that tariff of utilities that sell electricity to more than one state can be regulated by CERC. Satish Kaushik/Mint

The legal opinion was sought by the forum, said Pramod Deo, chairman of CERC. Deo is also the chairman of the forum.

An Adani Power official said the legal opinion has reconfirmed their faith in the system.

Adani Power, in its petition, had said the state electricity regulatory commissions of Haryana and Gujarat would not have jurisdiction to revise the tariff to make it uniformly applicable to both the states and hence it had approached CERC. Adani also said that the generation cost of power using imported coal has increased to ₹ 3.30 per unit, while it earns about ₹ 2.35 per unit.

It wrote to Gujarat Urja Vikas Nigam Ltd (GUVNL), a state-run power generation, distribution and transmission company, in 2011 on this. The state utility in September 2011 stated that it was impossible for it to revisit the tariff.

Adani Power has announced a consolidated loss of 809.81 crore in the three months ended 30 June. In contrast, it had posted a net profit of 181.45 crore in the year-ago period, reflecting the crisis in the power sector. It attributed the loss mainly to the high price of imported coal.

“PPAs should be revised or the government should formulate a mechanism to lower the cost impact of imported coal," investment bank Goldman Sachs said in a 16 July report.

Earlier, Adani Power had sought termination of the PPA with GUVNL. The matter was heard before the Gujarat Electricity Regulatory Commission in 2010. The state electricity regulator ruled against Adani. The matter is now in the Supreme Court.

“Adani Power has not approached GERC for revision of tariff," said a government official who declined to be identified.