Hyderabad: N. Ram, a former editor-in-chief of The Hindu, whose efforts in exposing high-level corruption in the Bofors deal in 1989 were recently recognized by Columbia University’s Graduate School of Journalism, elaborated about his role in breaking the story. Edited excerpts from an email interview:

What was going on internally at ‘The Hindu’ at the time you and Chitra Subramaniam-Duella were writing the Bofors stories?

Our Bofors investigation was an unusually extended and complex exercise—fact-finding, discovery of relevant documents, making connections, drawing inferences, publishing the document-backed analysis over numerous pages and in many thousands of words. The exercise began in April 1987— the moment Swedish Public Radio came out with an explosive story about the alleged kickbacks to top politicians, military personnel, and others—and effectively ended in October 1989. We were persistent, patient, fair, and just. 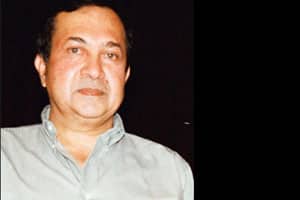 I wasn’t good at layout but they were hands-on in the production and presentation of our documentation, which I think made a real difference to the impact. There were internal differences, which became dramatic in late-1989, but when I look at that heady experience today, what stands out for me is how everyone, from the editor down, pulled together in the making of a game-changing investigation. Game-changing for journalism and politically, I believe.

Sten Lindstrom suggests in his interview that appeared on ‘thehoot.org’ that someone who had access to Bofors documents had something to do with his name doing the rounds in Delhi’s political circles as the source.

I am not going to confirm or deny who the source was. For us, protecting the highly privileged, authoritative source was, and is, important, a matter of journalistic integrity and honour. Nobody other than the few who needed to know within the newspaper ever asked me who the source was— not Mohan Katre, the CBI director who flew in to meet me in Chennai, not defence minister K.C. Pant, who met me and spoke off the record, not Rajiv Gandhi, who discussed Bofors with me, at his request, in mid-1988.

But I’m sure the Indian government and some of the others involved in the affair had their suspicions, from the nature and irrefutable authenticity of the documents published by The Hindu. We always made it clear that the documents were given to us by a privileged, authoritative source in Sweden; and that formulation was in agreement with the source. I can’t answer to purported rumours that “did the rounds in Delhi’s political circles" a quarter of a century ago. I never heard them at the time but if the rumours indeed went around, they didn’t emanate from us.

Did you and Lindstrom have a disagreement about when the stories would be published?

Not once during the period of the investigation did our source have or express any disagreement about the timing of publication of our document-backed Bofors stories. In fact, the boot is on the other foot. Our privileged source in Sweden was not willing to give the entire documentation in possession to us. So it was a process of negotiating over a period of about one and a half years with the source. The source was, for whatever reason, not willing to part with the document cache in one go, and would only give it in phased-out instalments over this long period. This certainly added to the drama and the feeling of high insecurity, if not paranoia, that had seized key functionaries in the government and the ruling party, the Congress.

There was no question of the newspaper publishing the documents and other information arbitrarily, as and when we pleased. We were not fools to hold back material without due cause and incur the risk of letting others run away with our story! In a story with such big stakes, involving a great newspaper’s credibility and people’s reputations, there was a need for due diligence, for devil’s advocacy, for making connections and drawing inferences, for being fair and just. We needed to translate—accurately—some of the material from Swedish. As for the Ardbo diary—which the police had seized and returned to him, preserving only photocopies—it presented a tough challenge.

Some of the handwritten diary entries made explosive suggestions but these were semi-coded, using initials and sometimes misspelling key names. What I can say about our source, for whom I have nothing but warm appreciation and goodwill, is that the motivation for leaking the highly confidential, privileged documents was moral outrage, that no financial transactions of any kind took place between leaker and recipient, and that the source took a big professional and legal risk. We were always aware of this risk and were consequently highly protective of the source’s identity. We left no fingerprints and our data security methods, I’m pleased to say, worked without a hitch. No one outside our newspaper and our trusted translators (from the Swedish) got their hands on any of the documents before they appeared in print in The Hindu.

Did you and Subramaniam have any professional disagreements while working on the Bofors stories and thereafter?

Chitra Subramaniam’s work on Bofors took off, in April 1988, when she was our stringer in Geneva; subsequently we took her on our staff. There was absolutely no professional disagreement throughout the time we worked on and published our Bofors stories in our newspaper, that is, from early 1988 to 9 October 1989, when The Hindu effectively concluded its Bofors series.

I have read some of her assertions after she left The Hindu and effectively ended her career in journalism and I have no comment on them. All I will say is that during the pendency of our Bofors investigation, Chitra Subramaniam made a sterling contribution to our game-changing team effort and this was adequately recognized by the B.D. Goenka Award for Excellence in Journalism, which she shared with me in 1990.