Elections 2017 | Do they really care about women in politics?

So much for their talk of smashing gender barriers and supporting a law to reserve one-third of legislative seats for women: all frontline political parties have given even fewer tickets to women candidates in the ongoing assembly elections as compared to 2012.

If the overall share of women candidates has risen or is stagnant, it’s not because of the mainstream political parties. It’s because of a new party (Aam Aadmi Party) and independents. Be it Punjab, Goa or Uttar Pradesh. Be it the Congress, Bharatiya Janata Party (BJP), Samajwadi Party (SP) or the Bahujan Samaj Party (BSP). All of them have given a smaller percentage of tickets to women in Assembly Elections 2017 compared to 2012. Difference between women and men in 2017

Compared to men, women candidates are more educated, have a cleaner criminal record and are less wealthy. Difference between women candidates in 2012 and 2017

Compared to 2012, women candidates in Assembly Elections 2017 have become wealthier. There are more businesswomen in the fray and fewer homemakers. 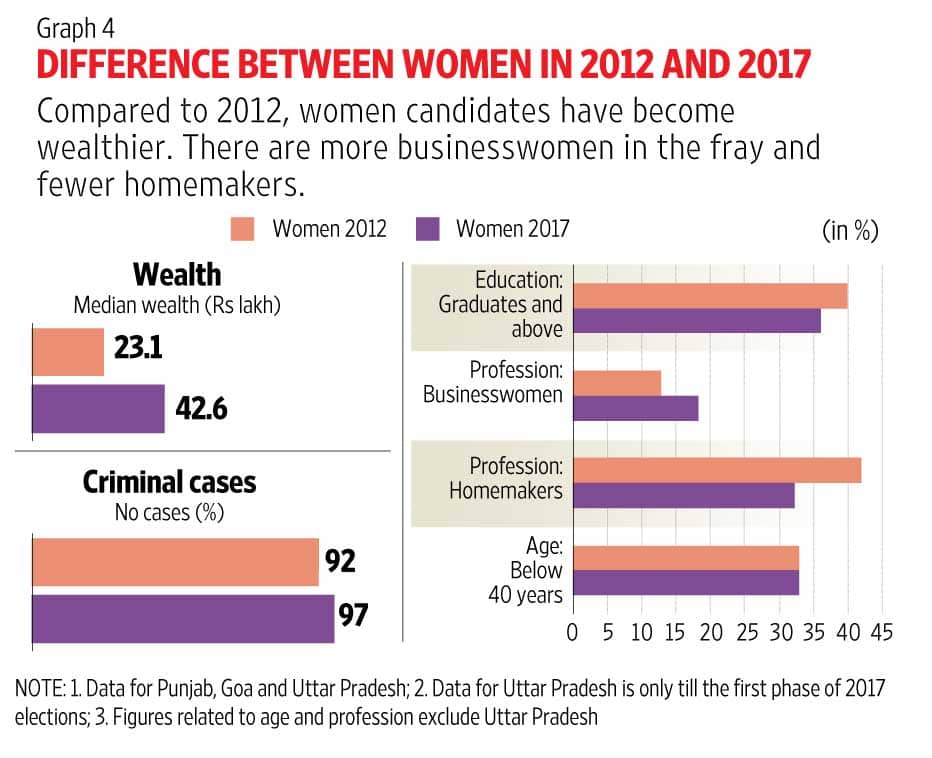