Why crop insurance has come a cropper in India

As risk-management tools that work on the concept of pooling go, crop insurance is a failure

Farmers don’t know about it, or don’t have access to it, or find it too expensive to take it. Insurers don’t push it as they don’t make money on it. Governments have never crafted it to be the focal point of managing risk in the farming sector. As risk-management tools that work on the concept of pooling go, crop insurance is a failure, struggling for identity and ownership in the Indian farming ecosystem.

According to Census 2011, India had 95.8 million farmers. But in the six farming seasons covering 2011 to 2013, only an average of 12.7 million took crop insurance. That’s one in about eight farmers. A 2012 sample survey shows such under-insurance is consistent across crops, and that lack of awareness of crop insurance and its availability are the main culprits. 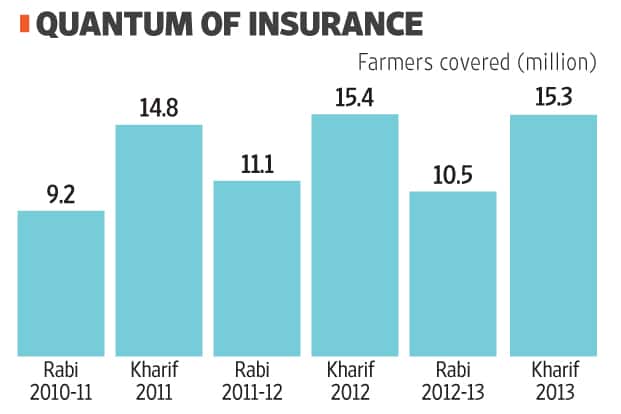 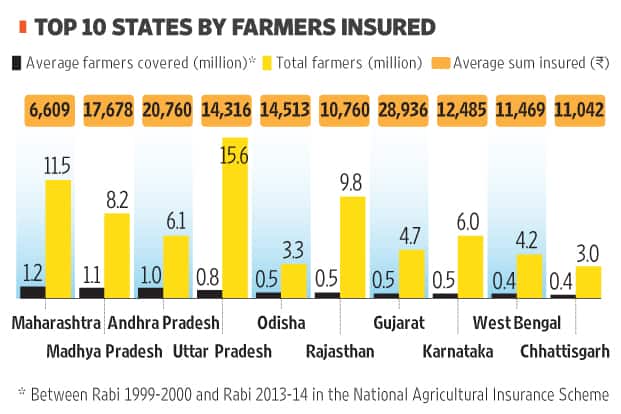 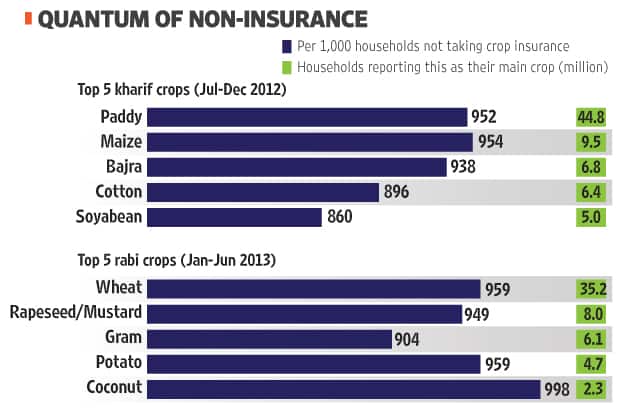 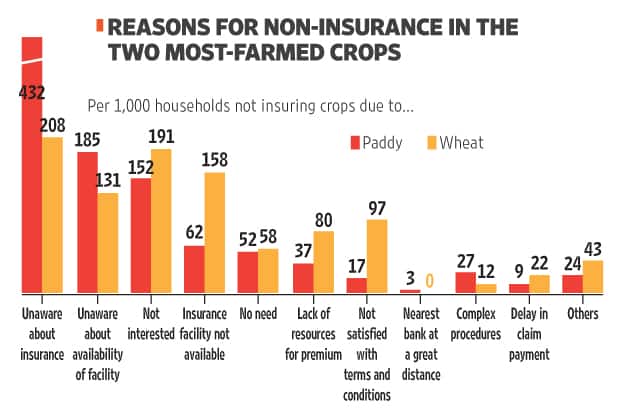 It does not come cheap

There are three umbrella schemes in crop insurance, mostly handled by the government’s Agriculture Insurance Company of India. Even with the government meeting part of the of the premium farmers paid between 2011 and 2013 (2.7-11.7% of the sum insured), crop insurance still works out to be expensive than mature, urban segments like life insurance (0.20%) and health insurance (1-3%). Insurers don’t make money from it

Even with those high premium levels, Indian insurance companies are consistently losing money on crop insurance. As a result, crop insurance, even though it is the fourth largest segment in their portfolio in terms of premium collected, accounts for only 6% of their overall R77,403 crore portfolio. This, in a country where 38% of the workforce is rooted in agriculture and about 13% of whose economic output is from agriculture. 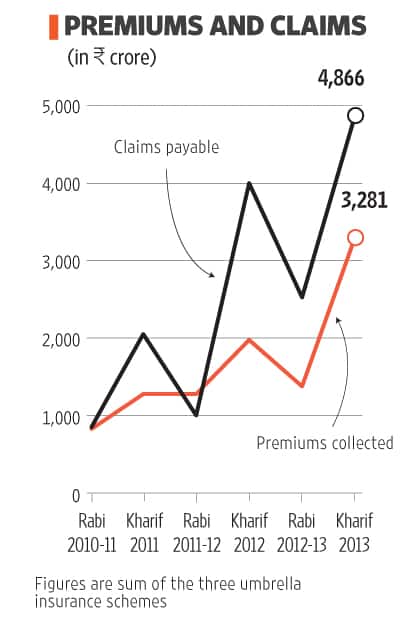 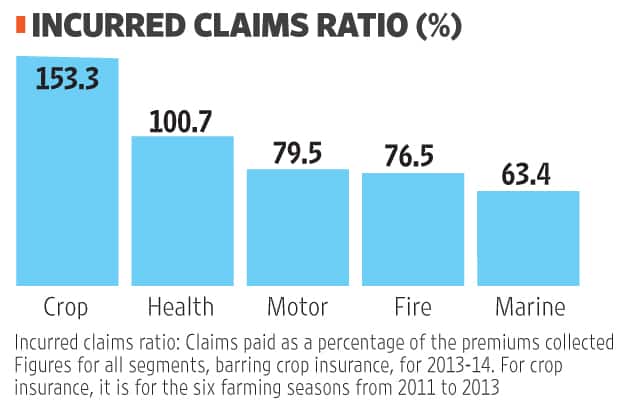 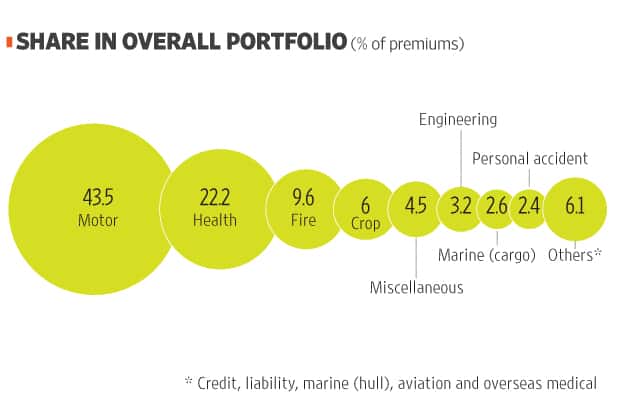