India complains to China over treatment of diplomat

India complains to China over treatment of diplomat

New Delhi: India’s foreign ministry complained to Beijing at a high level on Monday, saying a diplomat was denied medicine to control severe diabetes and collapsed while offering consular assistance to two Indian citizens on trial in China’s Yiwu city. 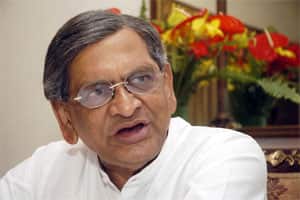 “We have taken it up pretty strongly with the Chinese, that this is no way to treat a diplomat, that he should be allowed access to medication," the source said. But the source denied Indian media reports that the diplomat had been attacked by an angry crowd for defending the two businessmen on trial.

In New Delhi, China’s diplomatic mission will be called to the foreign ministry, the source said, while the consul general in Shanghai spoke with the government of Zhejiang province, where Yiwu is located.

Yiwu is a small city known for manufacturing and a commodities wholesale market that attracts traders from across Asia.

Although annual bilateral trade between India and China is more than $50 billion, the neighbours have a tense diplomatic relationship linked to a brief but bloody border war in 1962 over national boundaries which remain unsettled.