Shanghai/Beijing: The leaders of China, Japan and South Korea agreed to start negotiations this year on a free-trade accord between three of Asia’s four biggest economies. 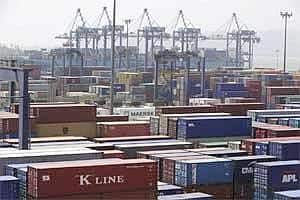 “The establishment of a free-trade pact will unleash the economic vitality of the region and give a strong boost to economic integration in East Asia," Wen said on Sunday, according to a pool report.

A free-trade accord would bring together a market of more than 1.5 billion people. Closer economic and trade ties may also help defuse political mistrust in the region, a legacy of Japan’s invasion of China and the Korean peninsula in the early 20th century.

“The agreement would expand trilateral and bilateral trade and investment and provide a comprehensive and institutional framework in which a wide range of trilateral cooperation would evolve," the trade ministers of the three countries said in a joint statement on Saturday.

“The global financial crisis isn’t over and the prospects for Europe’s debt issues aren’t clear," Wen said at the summit, according to the pool report. “The Northeast and East Asian regions are faced with a lot of unstable elements that are difficult to predict," he said.

“China welcomes Japan and South Korea expanding their investment in China and hopes they will be the primary destination for China’s investment," Wen said, according to a pool report.

“The pressing task for the region is to prevent tensions on the Korean Peninsula from escalating," Wen said. “The three countries won’t accept further provocations or more nuclear tests from North Korea," South Korea’s Lee and Japan’s Noda said, according to the report.

Trade between the three countries rose to $690 billion in 2011 from $130 billion in 1999, according to a research report released by China’s foreign ministry on 9 May.

Closer cooperation between the three nations will not only be conducive to the development of each country itself, it will also boost the East Asian integration process and add drivers to world economic growth, the report said.

“It will boost regional economic integration, industrial cooperation and technology advancement," Wang Shenshen, an economist at Okasan Securities Co. in Tokyo, said before the announcement. “It won’t be smooth sailing to reach a final deal as it will encounter domestic opposition in each country."

“Chinese manufacturers may face challenges from imports of goods from South Korea and Japan, and South Korea’s agriculture industry may put up a fight," Wang said. Political turmoil in Japan is another uncertainty, she said.

China and South Korea announced on 2 May that they are starting negotiations on a bilateral free-trade agreement, a deal that South Korea’s finance ministry estimates would boost the nation’s economic growth by as much as 3 percentage points and create as many as 330,000 jobs over a decade.

China and Colombia have started to research the feasibility of setting up a free-trade zone, the ministry said this month.

Liza Lin in Shanghai contributed to this story.