A high price for religious conversion?

A high price for religious conversion?

New Delhi: When Abhishek John’s father died last year and he couldn’t pay the Rs900 fee for his final school term, he was thrown out of St John’s Cathedral College in Jhansi, Uttar Pradesh, and barred by the principal from taking the class IX exam. 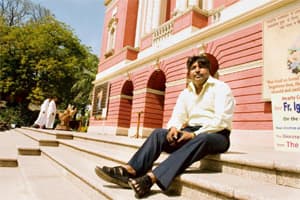 “We told him (principal) we would pay as soon as we could arrange for the money, but he refused to listen," Anthony Parminder, the student’s brother-in-law, said in a phone interview. John, 15, is appearing as a private candidate for his class X examination this year.

John’s scheduled caste (SC) Hindu family had converted to Christianity hoping to escape caste-based discrimination. But the so-called Dalit Christians, as such converts are known, are finding that a change of religious identity does not mean a change in their social situation. And converts who proclaim their change of faith openly lose out on benefits such as caste-based reservations offered for SC candidates.

Now, some Christian leaders are demanding reservations for Dalit Christians, who make up an estimated 70% of the 24-million-strong Christian community in India. A growing section of Dalit Christians, however, say they are being forced back to an abusive system they had sought to flee.

Vinod Peter, president of the Jhansi Catholic Association, says John’s case is just one instance of what has been happening to many other young boys and girls in the town.

Also Read When Samnan would rather be Somnath

“We went to plead with the principal, but to no avail. He simply asked us why don’t we find a way to help him pay his fees. Even we are poor people, where do we get money from?" asks Peter.

“Children from other communities become doctors and government officers," he says. “Our children become high-school dropouts and waiters. We know there is a lot of donation coming into India to help poor Christians. What I want to know is where is it all going. What I see is that priests who used to travel on cycles now have cars and fancy homes to live. But they don’t have Rs900 to help for a boy’s education."

The Indian system provides reservations under the SC category only for Dalit Hindus, meaning they renounce the benefits of affirmative action such as reservations in government jobs and education institutions when they convert. A presidential order issued in 1950 laid down that “no person who professes a religion different from the Hindu (the Sikh or the Buddhist) religion shall be deemed to be a member of a scheduled caste."

No one has a clear estimate of how many people have actually converted to Christianity because converts often choose to remain silent about the change in their faith. They fear that if they announce they have converted, they will lose the benefits of SC status.

Both Christians and Muslims are demanding similar benefits. “In India, the caste system has spared no one," says the Rev. George Gispert from the Vidya Jyoti College in the Capital.

For instance, even though 70% of Indian Christians are Dalits, there are just two or three Dalit bishops in a total of 160 bishops in India. “All over the country, there are different groups of Christians having problems with each other. Although Christianity itself has no caste system, the system is part of practised Christianity in India. So, whatever help (reservations) the Dalit Hindus are getting because they were discriminated against, should also be extended to Dalit Christians," Father Gispert argues.

Many in the Christian clergy acknowledge that the problem needs to be fixed. But unlike the so-called Dalit Muslims, who are almost unanimously in favour of reservations under the SC category, the Dalit Christians are divided. They say the Christian clergy is shirking its responsibility.

“The condition of Dalit Christians is no better than it used to be before independence. We are unorganized, uneducated, leaderless and socially ostracized," said R.L. Francis, founder of the Poor Christian Liberation Movement, an organization campaigning for Dalit rights within the Christian religion, and author of the book, Aastha se Vishwasghat (Betrayal of Faith).

Hindu Dalits have seen their social situation transform in the last 60 years, Francis says. The change started with the bhoodan andolan (land donation movement) of 1951 when, responding to a call by freedom fighter and social reformer Vinoba Bhave, upper caste landlords gave away 4 million acres to the poor, including Dalits.

“Meanwhile, we waited. When we converted, the Church had promised us equality and promised to protect our interests and undertake measures for us. But what we got is more discrimination," said Kamal Joseph, founder of the Ideal Christian Association in Jhansi.

“For example, our children face educational discrimination because we are poor. In Jhansi, there are very good Christian schools. But while children from other castes are able to study there, poor Christian children are thrown out by sixth or seventh grade because we cannot afford the fees," Joseph says.

Whatever the reality, the perception that the Christian clergy is not looking after its poor persists. Stories of disillusionment and re-conversion have begun to appear regularly in the media.

Last April, about 1,000 Dalit Christians reconverted to Hinduism in Chennai, saying they were disappointed by the discrimination within the Christian religion.

Similar unconfirmed reports of re-conversion ceremonies have emerged from various parts of the country, including Uttar Pradesh.

“These problems are sharper in rural areas where people hold on to old practices," says Anthony Charanghat, director of the Catholic Communication Centre and editor of Examiner magazine in Mumbai.

The conflict is evident in Jhansi. “These people (missionaries) come to rural villages, hold camps. They tell poor people to convert to Christianity and things like ‘we will educate your children’, ‘we will help you buy your home’ and all that. When the poor people do convert, the missionaries abandon them and go after other people," says Joseph, 28, who converted to Christianity when he was in high school.

“That is when the new converts realize their mistake. Now they have lost their reservation rights and they realize they are getting nothing from the church," Joseph says. “When entire villages began reconverting to Hinduism, the priests woke up to the plight of Dalit Christians. But even now, they will not resolve it. They want the government to give them reservation and want the government to do their work for them. Christianity is a good faith but the people who are supposed to do God’s work are not."

Charanghat says there is a distinction between what the Church believes and what is practised because of “the human element. People change their faith, but they don’t change their prejudices."

“A Dalit Hindu continues to remain backward after he becomes a Christian. The church always insists that all Dalits be given the same privileges. Socially they are still backward and need as much advantage as the Hindus Dalits," he adds. “No law can be made on the basis of religion. Restricting this affirmative action to Hindus alone is not right. And the demand that Christians be treated equally within their own fold, is also fair. We have a lot of political distinctions between upper and lower castes in Christianity, and this is more overt in rural areas. We are doing everything we can to prevent such discrimination. But that does not change the fact that Dalit Christians should get reservations too."

This is the second in a three-part series on the quest of non-Hindu communities for caste-based reserved quotas.