Bangalore; India has imposed a two-year ban on approving new maritime training institutes and on increasing the intake of students in existing ones for all pre-sea courses as the shipping industry slides deeper into a downturn. 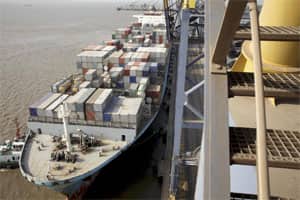 The ban comes at a time when India is looking to raise its global market share of seafarers to 9% by 2015 from 6% by supplying an additional 65,000 officers and 45,000 ratings (general purpose staff on ships).

This will require tripling of the annual training capacity for officers from 5,600 to 15,000 and nearly doubling it for ratings from 4,600 to 9,000, consultancy firm McKinsey and Co. said in a 2010 report—Setting Sail—Growth of Share of Indian Seafarers.

There are about 82,000 India-born seafarers working on board ships globally.

India allowed private institutes to impart sea training from 1996. The country has some 85 maritime institutes offering various pre-sea training courses. These institutes need to place their students on ships as trainees after classroom instruction and before they can appear for their examinations, but due to a shortage of training berths at ships, many cadets haven’t been able to complete their on-board training.

A recent review by India’s maritime regulator, the Directorate General of Shipping (DGS), pointed out that the intake of students for pre-sea courses significantly exceeded the training berths available.

“The large and rapidly growing backlog of trainee officers who have completed their pre-sea courses but are unable to get the training berths on board ships—a prerequisite for their certificates of competency in the entry grade—is a matter of serious concern," Mahua Sarkar, a deputy director general of shipping, wrote in an 18 June circular. The ban took effect immediately.

Training institutes say employment opportunities have taken a hit due to the downturn in the shipping sector. “After training, cadets are not getting jobs. This is a big problem now," said Sivaprasad Panda, principal at Mumbai-based Tolani Maritime Institute. “It’s high time some checks and balances are put in place."

Shipowners say they are not making money because of the dire market and are cutting costs, he added. “The first thing they do in such a situation is to cut down on people; shipowners cannot cut down on bunkers (ship fuel) and dry-docking (mandatory checking of ships to ensure its seaworthiness). Manpower costs constitute, among others, about 38-40% of the cost of running expenses of a ship."

“The Director General of Shipping, hereby, imposes a ban on increase in capacity by restricting new approvals/increase in intake in all pre-sea courses," Sarkar wrote in the circular.